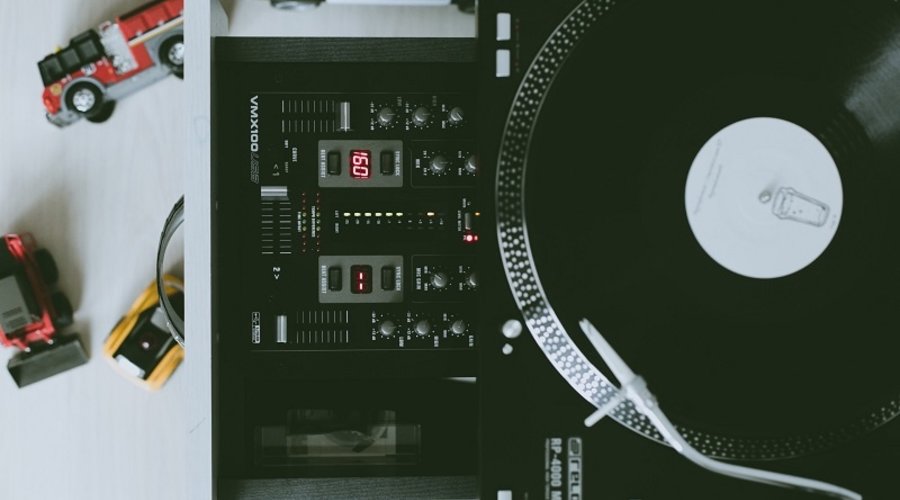 Here’s a recap of the most requested record store releases at Mushroom New Orleans.

Neither 2020 nor 2021 were great years for live music (thanks, pandemic). But both have been graced by many incredible new records by some of the world's leading artists. Here's our list of just a few of the standouts of 2021.

In this well-received album, Adele explores adulthood, the price of fame, the end of a marriage, and what it's like being a mother and one of the biggest artists in music today. According to Pitchfork, "Over the course of an hour, we hear Adele as a torch singer, a quiet storm seductress, and an inconsolable mess, sobbing on the phone in a voicemail snippet so private it hurts to hear." But "30" also has light, joyous, and upbeat moments.

Anaïs Oluwatoyin Estelle Marinho, a.k.a. Arlo Parks, is a British singer-songwriter and poet whose debut album, released in January 2021, reached number three on the U.K. Albums Chart and earned nominations for Album of the Year and Best British Female Solo Artist at the 2021 Brit Awards. She won the Brit Award for Breakthrough Artist.

"Collapsed in Sunbeams" combines spoken-word poetry with light trip-hop and an unaffected conversational tone in a light and natural voice. Not all of the topics are light though. Parks also sings -- beautifully -- about body image, mental health problems, and sexual identity.

Billie Eilish, "Happier Than Ever"

Eilish wrote her second album with Finneas O'Connell, her brother and frequent collaborator. More downbeat than her debut album, it speaks of her rapid rise to fame and what it's like to live in the spotlight while still young and trying to figure out adulthood.

The New York Times notes that "Happier Than Ever" is influenced by "trip-hop, bossa nova and even jazzy, 1950s vocalists." Although based on the artist's experiences, the album is not a straightforward confessional but rather explores "the tension between private and public knowledge." It is "a social-media-era pop star's meditation on how much candor -- if any -- she owes her audience."

Praised by critics and fans, "Happier Than Ever" has received seven Grammy Award nominations, including for Album of the Year, Best Pop Vocal Album, Song of the Year, and Record of the Year.

Released in June 2021, "Planet Her" is the third studio album by American rapper and singer Doja Cat. Blending pop, R&B, and hip-hop, it was executive-produced by the rapper herself in collaboration with Yeti Beats and includes guest appearances by Young Thug, Ariana Grande, the Weeknd, JID, and SZA. The album has reached top ten lists in a dozen countries, including the United States and the United Kingdom. It enjoyed the biggest opening day ever for an album by a female rapper on Spotify, and it has won several Grammy nominations.

Written and produced with two American musicians, Ian Fitchuk and Daniel Tashian, "star-crossed" (determinedly lowercase) is the fifth studio album by American singer Kacey Musgraves. The main theme is the artist's heartache and healing after her divorce from singer-songwriter Ruston Kelly.

The intimate storytelling of the album blends country, folk, dance, and rock. Per Pitchfork, the artist's "chronicle of marriage and divorce looks to the stars but takes pains to stay grounded. Writing in the plain language of someone desperate to be understood, she sounds alternately vulnerable and triumphant."

The Mountain Goats, "Dark in Here"

Not totally dark, though. Formally released in June 2021 but recorded in March 2020, just as the band and the world were starting to cope with the pandemic, "Dark in Here" captures the gloomy mood of the time. But Rolling Stone suggests that "even at his most unsparingly grisly, [writer and singer John Darnielle] has delivered his dispatches from the hardest precincts of the darkest margins with a perfect balance of irony and empathy." Pitchfork calls the album "patient, tense, and full of empathy," and "a beacon of light, creeping out of Earth's darkest trenches."

What are your own favorite new releases? What are you eager to lay ears on next year? Drop by Mushroom New Orleans any day between 10 a.m. to midnight and we'll talk about it, and you can check out our ever-changing selection.