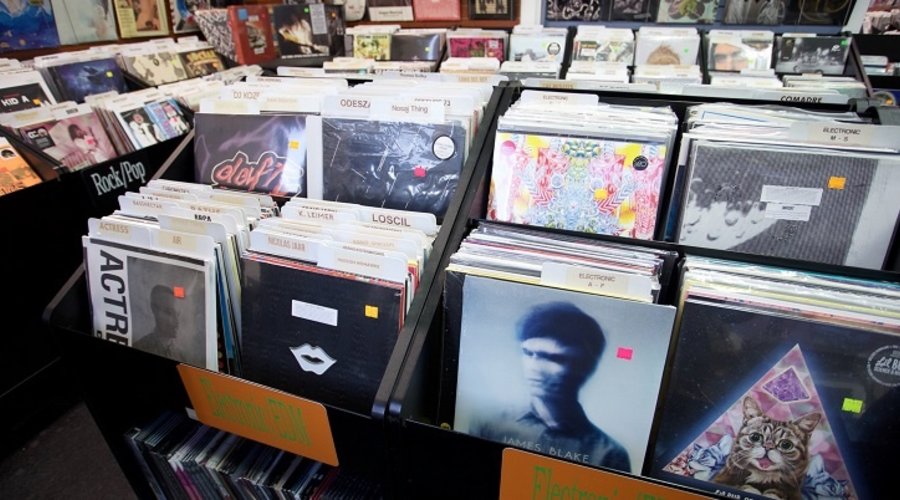 2020 hasn’t been a great year for live music (obviously)...but it has been an incredible year for holing up in your living room with a new record from your favorite band. Whether it’s because recording artists are sympathetic to their fans’ cabin fever or because they feel creatively stifled due to the cancellation of their gigs, we aren’t sure. But we do know 2020 has brought some straight-up amazing albums. Here are just a few standouts.

Smoky-voiced, silver-tongued Fiona Apple is too good for this world, and though her new albums appear less frequently than leap years, she always manages to come through when her fans need her most. The 11-time Grammy nominee dropped another critical and commercial success this year with Fetch the Bolt Cutters. Its title conveys what Apple describes as the LP’s core message:  "Fetch the fucking bolt cutters and get yourself out of the situation you're in.” Under her classically trained fingers, juxtaposed with beats from unconventional objects including dog bones, the piano reminds listeners that it, too, is a forceful percussive instrument.

Mr. Bungle, The Raging Wrath of the Easter Bunny

No, New Orleanians, the holly-winged Santa helper hasn’t released an album (although if he did, it might include a shout-out to a fellow holiday legend). That’s Mr. Bingle you’re thinking of, not Mr. Bungle, a California-based experimental rock band--or  "Zappa-esque Bay Area pranksters,” as Vanity Fair described the group, whose career arc encompasses 35 years and four studio albums. They include The Raging Wrath of the Easter Bunny, a tour-tight, nuanced and straight-up rocking re-recording of the band’s 1986 demo. Amazingly, high school kids wrote these songs.

After teasing his fans with mixtapes, singles, and collaborations for 13 years, Jay Electronica must have known the expectations for his debut full-length album were sky high...and yet he somehow still managed to smash them in A Written Testimony. Recorded over 40 days, the Grammy-nominated album centers Electronica’s Islam faith, layering Arabic raps over ambient beats and soul music samples. It dropped on March 13, right when the pandemic started to come into view, and felt like an appropriate soundtrack for those traumatic, chaotic, grief-filled times, written with the musical dexterity and wisdom of a Magnolia Projects native.

After a dark period dealing with the fallout from her sexual assault at age 19, Lady Gaga questioned her viability as a recording artist and as a person, but ultimately emerged victorious with this collection of dance-floor bangers. Gaga told People, "I felt threatened by the things my career brought into my life and the pace of my life. I spent a lot of time in a sort of catatonic state of just not wanting to do anything. And then I finally, slowly started to make music and tell my story through my record." Homies Ariana Grande and Elton John sit in on the album whose songs the industrious Gaga penned during her Joanne tour.

What do you think of these records? What’s your favorite new release? Did you know we have LPs, CDs, and cassettes available for sale or trade? Come by any day between 10 a.m. and midnight and check out our ever-changing selection.