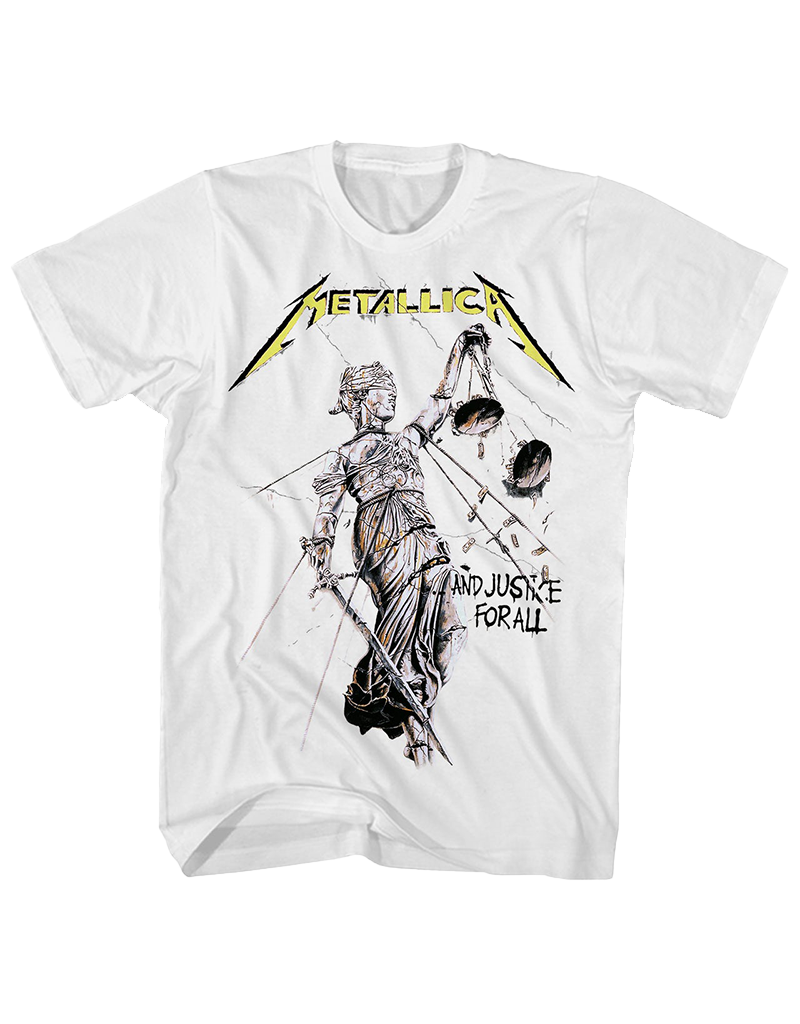 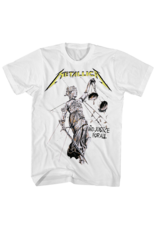 Metallica - And Justice for All T-Shirt

And Justice for All is an album known for its complex fast tempos and lyrics that touch on government corruption and political injustice. It was Metallica's 4th album and holds one of their greatest singles, "One".

Metallica is one of the most famous metal bands to ever exist, and for good reason. They played a huge role in the uprising of thrash metal in the 80s and 90s and had over ten #1 hits. Metallica has won 14 Grammys and sold over 100 million records worldwide. They're known for their high energy stadium performances full of pyrotechnics. The band was originally created from a single newspaper ad when the drummer Lars put out a call for musicians to jam with. Well, the rest was history.