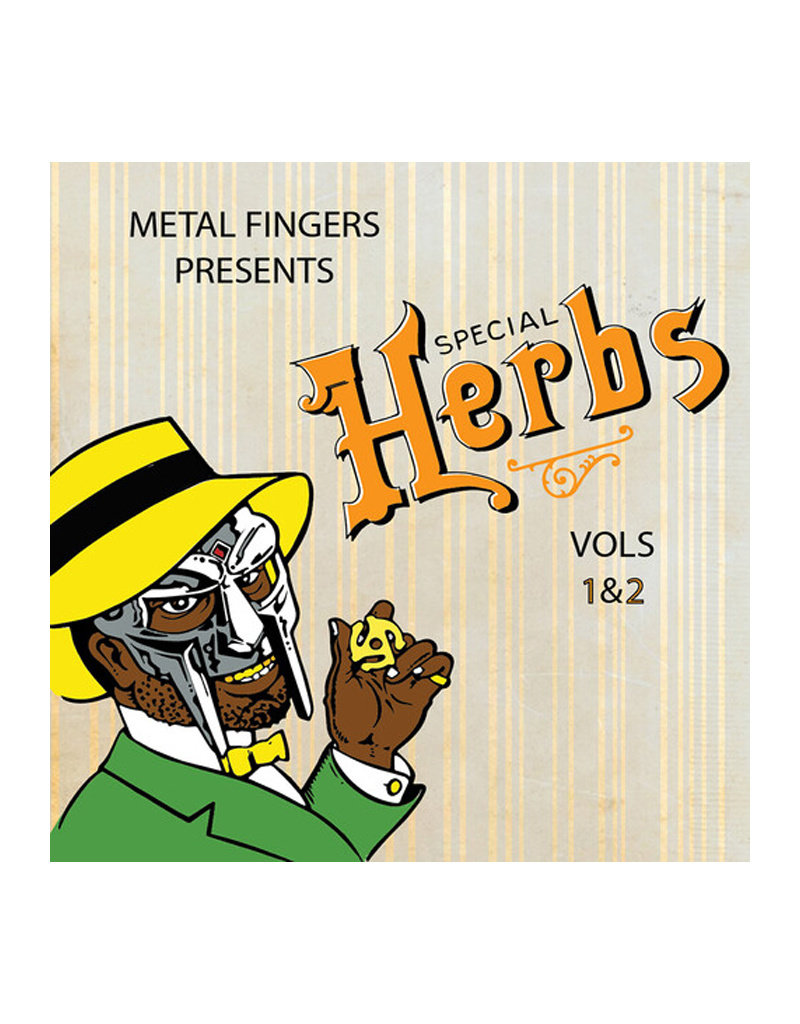 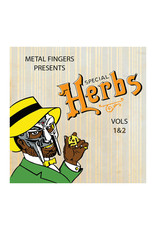 $29.99
MF DOOM's elevator music for the consumption of every possible herb, flora, or mass-produced food additive available. Volumes one and two pull samples of everything from Dragon Ball Z to Anita Baker.

“Special Herbs” is a series of instrumental beats produced by Metal Finger better known as MF DOOM. Each track is named after a kind of herb, flora or mass-produced food additive. Many of the tracks are used in MF DOOM’s discography containing lyrics but if you are looking for groovy, lofi hip-hop to throw on as soothing background music, look no further. Volumes one and two pull samples of everything from Dragon Ball Z to Anita Baker.

The Metal Finger Villian, aka King Geedorah, aka Victor Vaughn, aka MF DOOM, was one of the most prolific underground rappers and producers in hip-hop. The death of MF DOOM’s real-world brother, DJ Subroc, was the tragic origin story of this comic book villain turned hip-hop legend. Unbound by fears of lawsuits or the macho “keep-it-real-ism” of his time, MF DOOM embraced the nerdy, uncool things that helped him grieve for years after his brother's death. Smoking weed and sampling the cartoons he was watching for his beats was how he would spend his time beyond villainous escapades. MF DOOM would pass away on Halloween 2020.