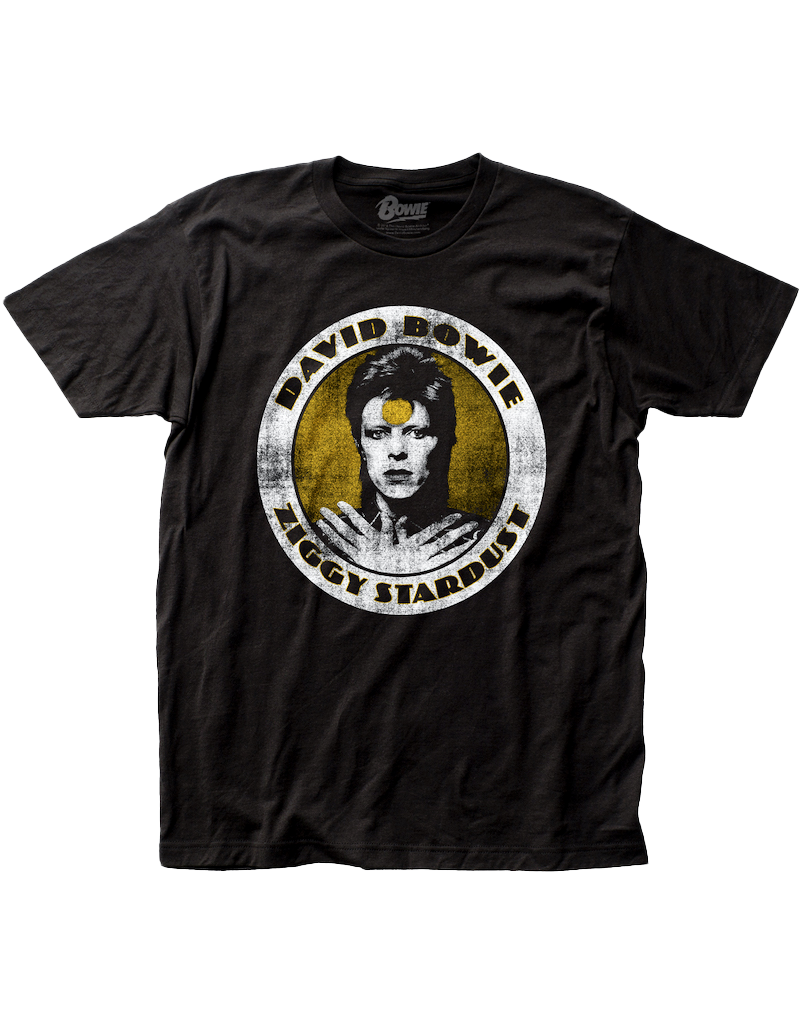 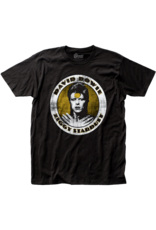 $21.99
This officially licensed David Bowie t-shirt is made from 100% cotton.

Ziggy Stardust is easily David Bowie's most popular alter ego. It started in 1972 with the recording of his album, "The Rise and Fall of Ziggy Stardust", which was the debut of his character. He spent a few years performing as Ziggy in extravagant makeup, a bright red mullet, and gender-bending costumes. 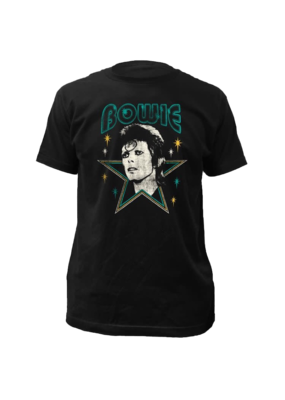 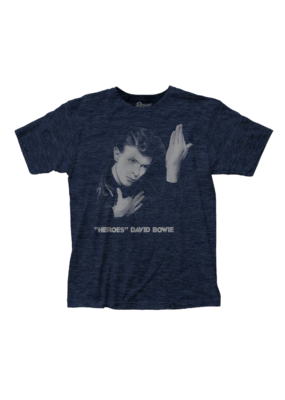 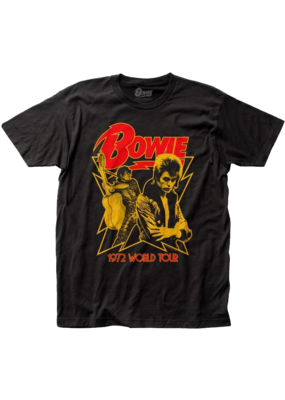 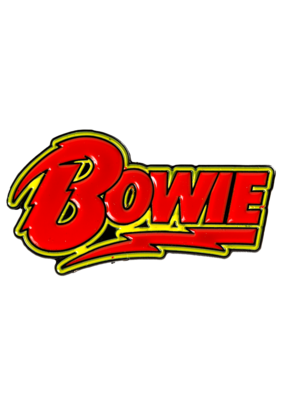 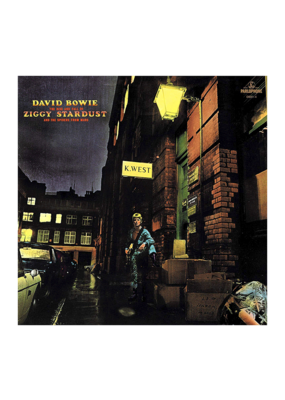