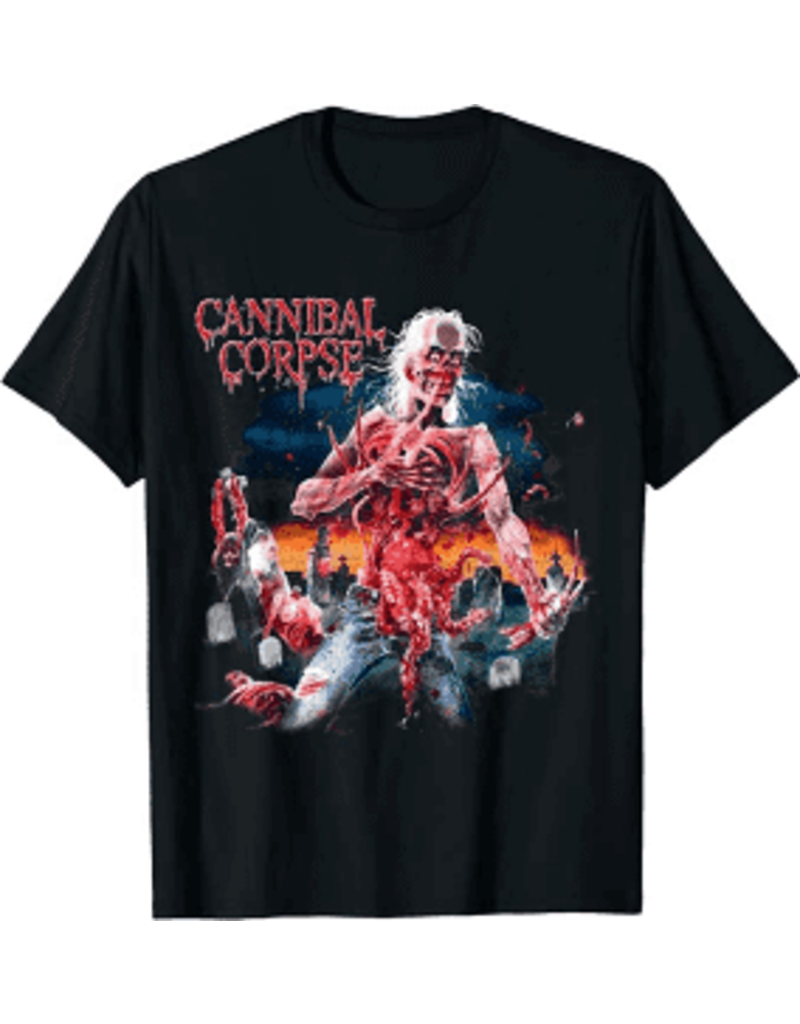 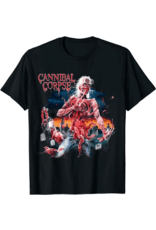 $24.99
This officially licensed Cannibal Corpse t-shirt is made from 100% cotton.

"Eaten Back to Life" was Cannibal Corpse's first studio album released in 1990, and was met with a wide array of criticism- the album was even banned in Germany until that was revoked in 2006, much to do with the aggressive and violent nature of both the albums cover and its contents. The band dedicated the album to Alferd Packer, a man who lived as a prospector in Colorado during the late 1800s, and who had apparently confessed to cannibalizing at least 5 other members of his hiking party in an effort to survive being stranded in a mountain pass during a harsh winter.

Cannibal Corpse is a death metal band that formed in New York in 1988. They have had very little radio or television exposure throughout their career, although a cult following began to build during the releases of their earlier albums. The band's album art and lyrics draw heavily on horror fiction and horror films and are highly controversial. Over the years, several countries, such as Germany and Russia, have banned Cannibal Corpse from performing within their borders and have outlawed the sale and display of the band's original album covers. Yes, Cannibal Corpse's lyrics and artwork frequently feature transgressive and macabre imagery, including depictions of extreme violence and gore, however, the band has always defended this as an artistic expression that is clearly fictional. In an interview, they stated death metal is best understood "as art", and claim that far more violent art can be found at the Vatican, going on to point out that such depictions are arguably more transgressive because they actually happened. Amen to that. 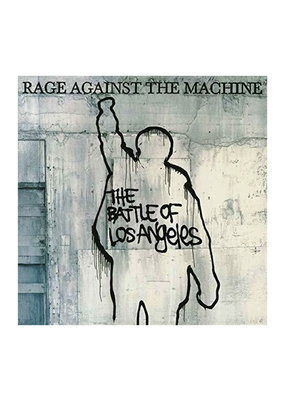 $21.99
Rage Against the Machine - Battle of Los Angeles 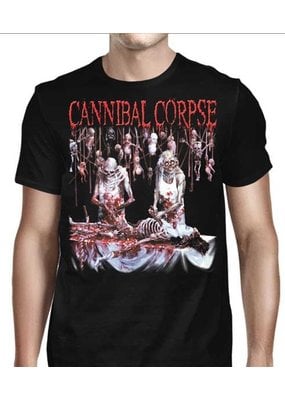 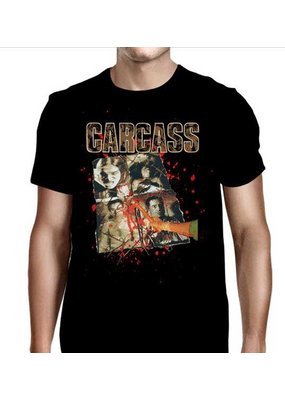