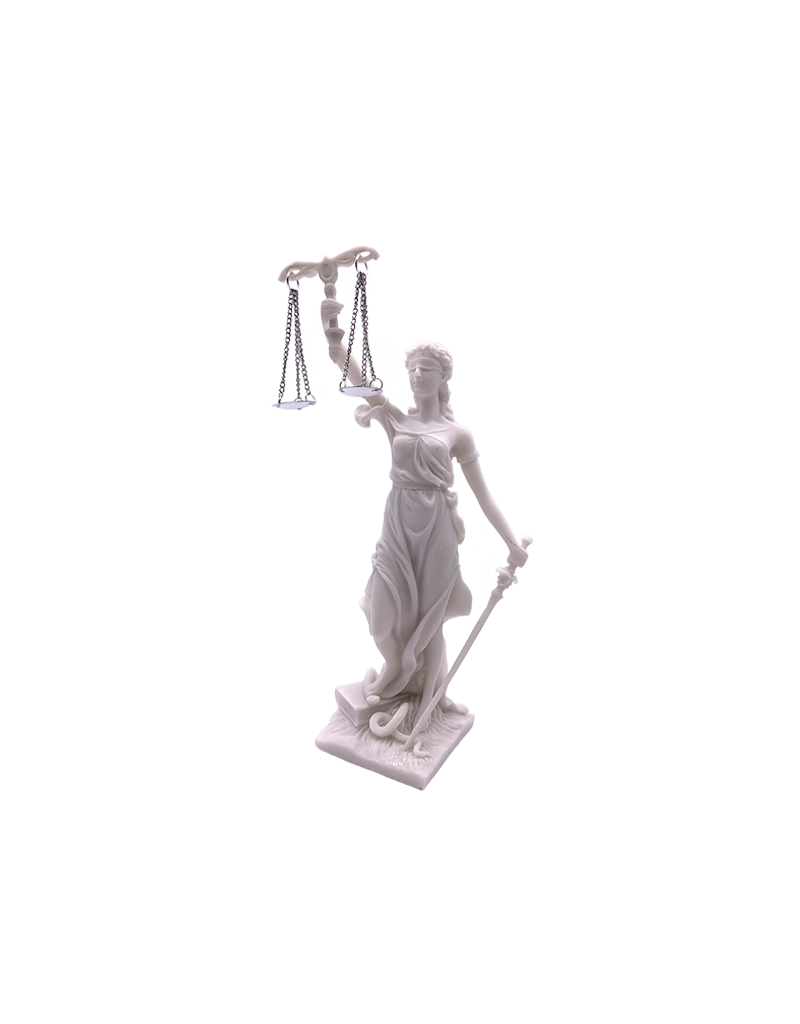 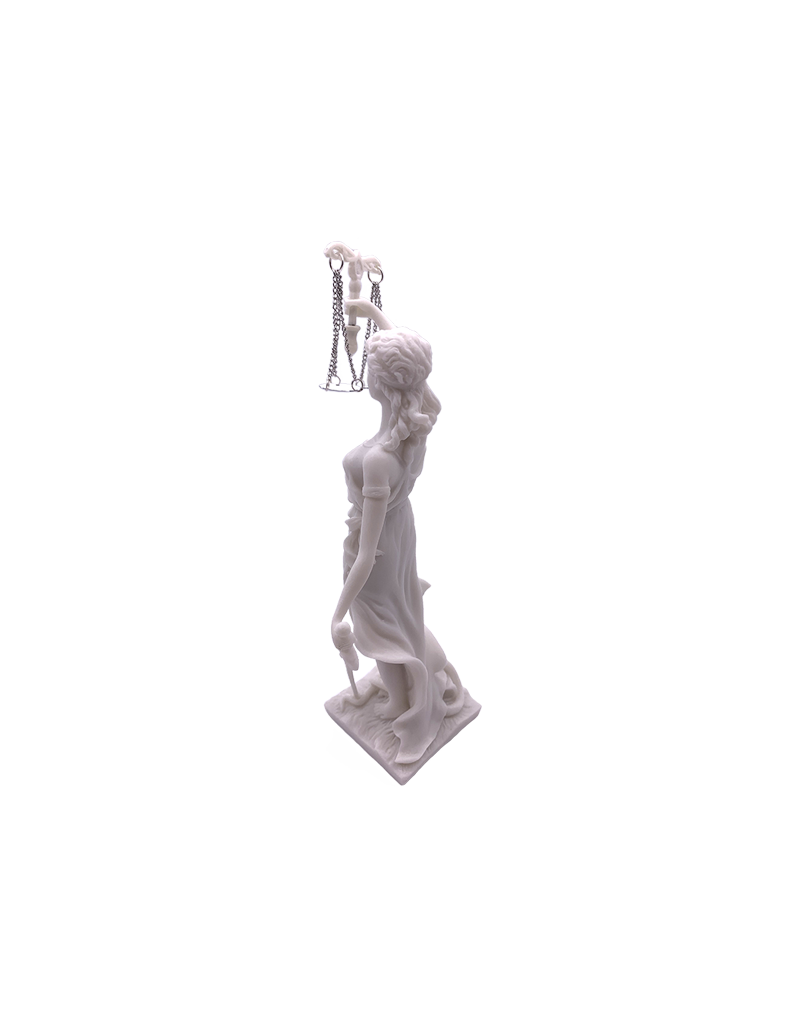 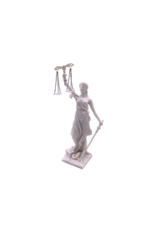 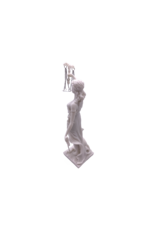 $43.99
This lady justice statue is made out of resin with a marble finish.

Justitia was the Roman goddess of Justice. Also known as the Greek Titan "Themis", who was an oracle that became known as the goddess of divine justice. There are many variations of the way she is depicted, through many cultures. Most often she is seen carrying the scales of justice in one hand and a sword in the other, with her eyes blindfolded. This symbolizes the fairness of the law without corruption or favor.