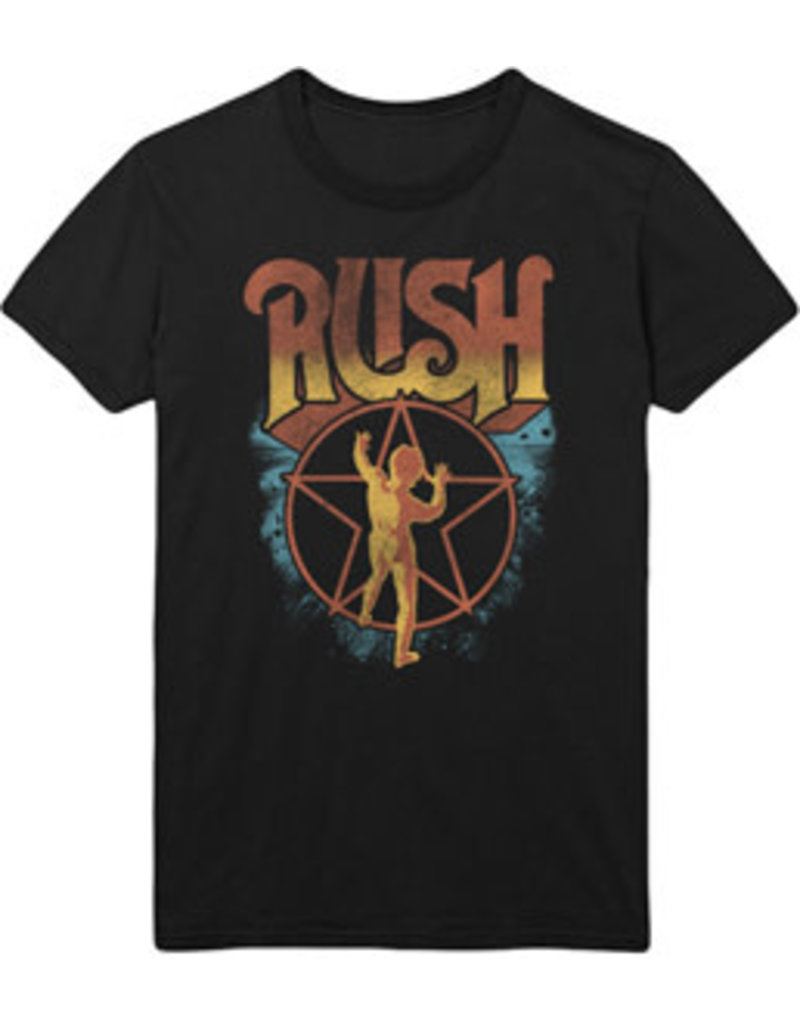 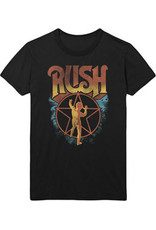 This distressed Rush logo is The "Starman", also known as the "Man in the Star", which was first seen on Rush's 2112 album cover in 1976. It is said that the symbol represents the abstract man against the masses.

Rush was a Canadian rock band formed in the late 60s and most well known for their musicianship and eclectic lyrics drawing heavily on science fiction, fantasy, and philosophy. Although they started off with blues and hard rock backgrounds, more than 40 years of making music provided Rush with the opportunity for musical diversity across their discography. 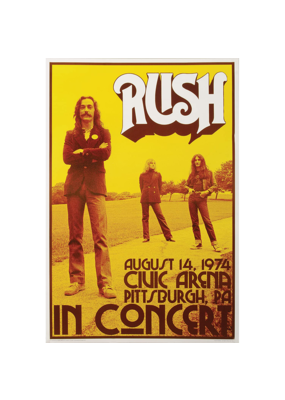 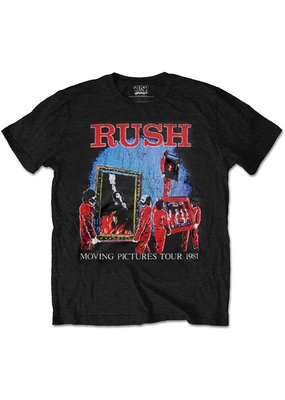