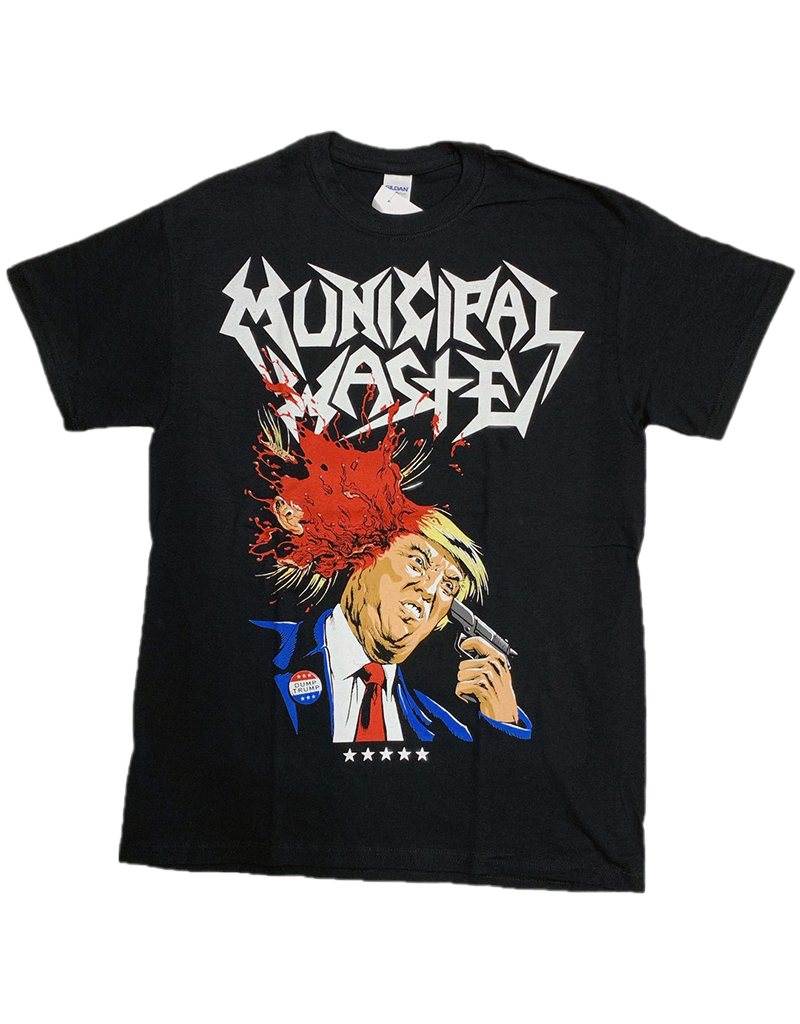 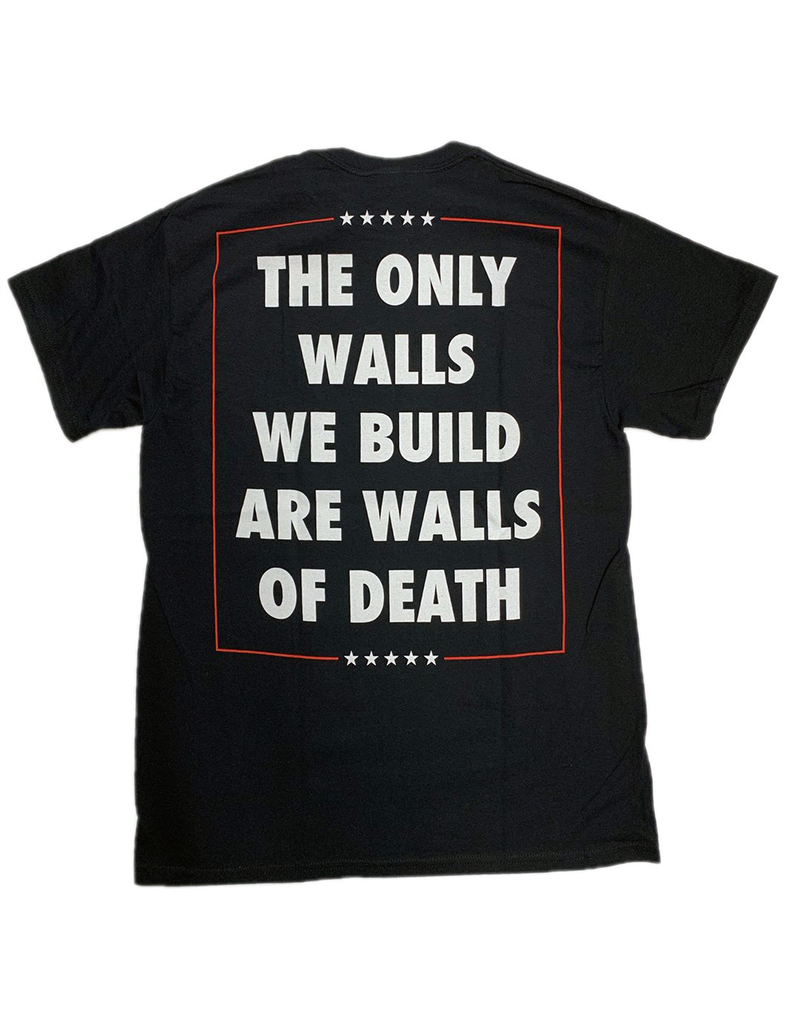 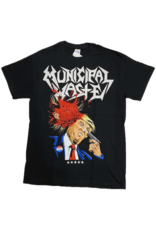 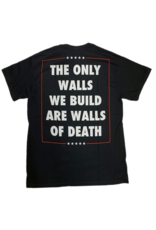 $21.99
This officially licensed Municipal Waste t-shirt is made from 100% cotton.

Featuring a portrait of Trump committing suicide due to their opposition of the wall at the border.

Municipal Waste is a popular thrash band from the early 2000s. They are known for their rowdy energy, anarchist lyrics and have actually incited small riots at some of their shows. But they must know how to throw a rager if they have an album called The Art of Partying, right?