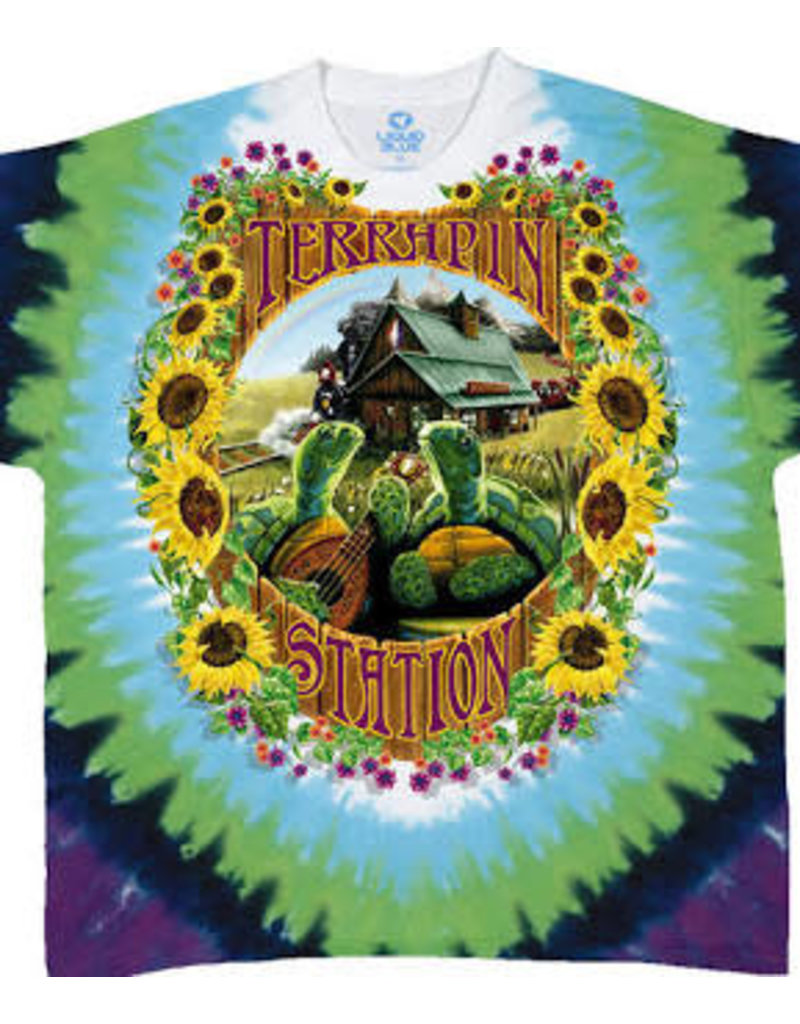 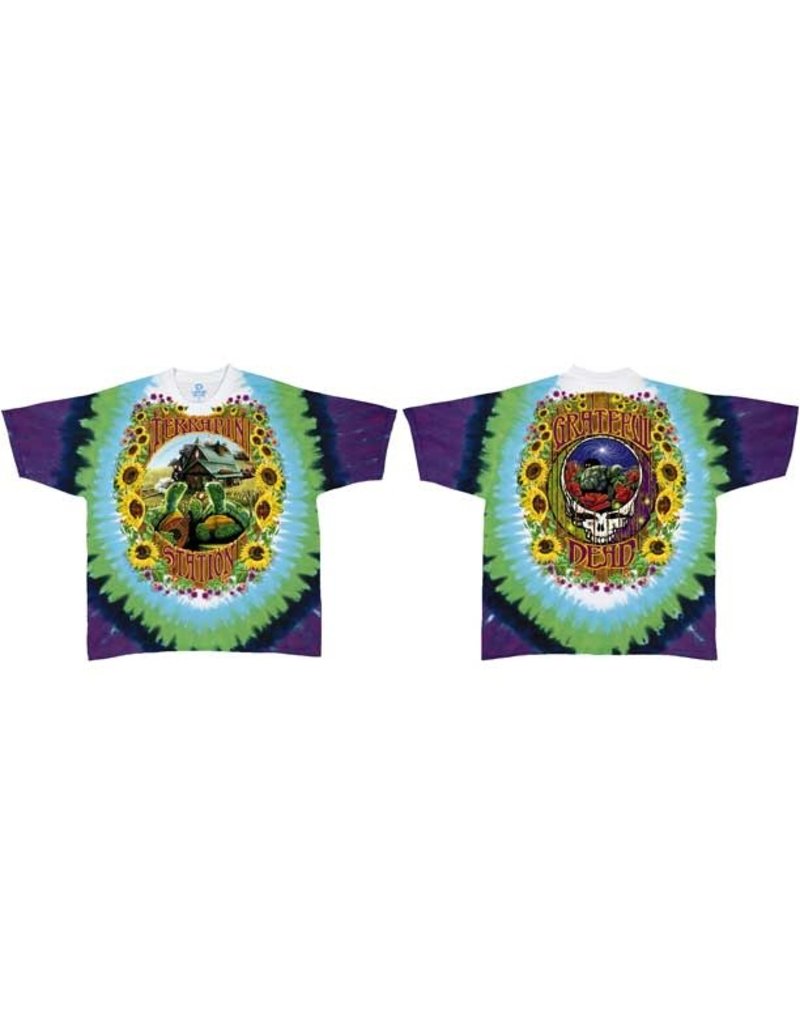 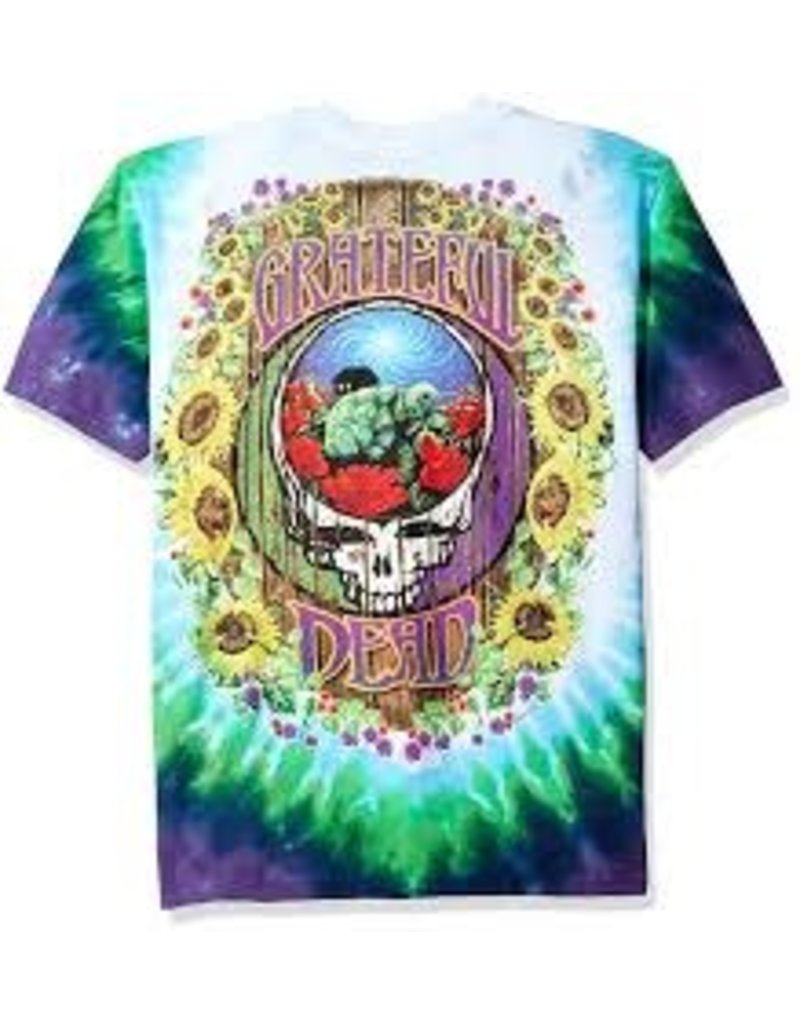 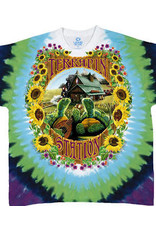 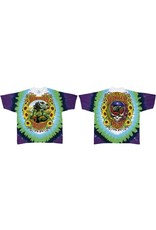 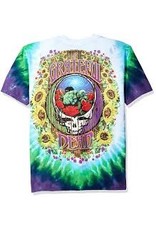 The front of this shirt features the cover from "Terrapin Station" which was the first studio album the Grateful Dead released after the band returned to live touring, following a nearly two-year hiatus. Terrapin Station was thought of as a mythical place where inner peace was found and was dreamt about by many Deadheads. The turtles represent taking things slow and being in a space of being present. The back of the shirt sports the iconic "Steal Your Face" logo that was originally designed and used by the Grateful Dead to mark their equipment. The album itself was recorded in 1974 and released in 1976 as the fourth and final album produced by their Grateful Dead Records label. 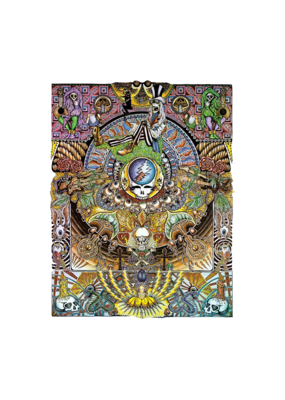 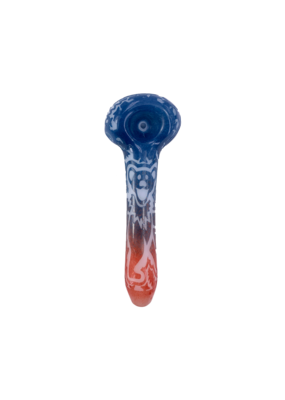 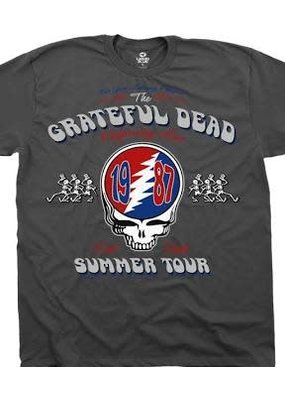 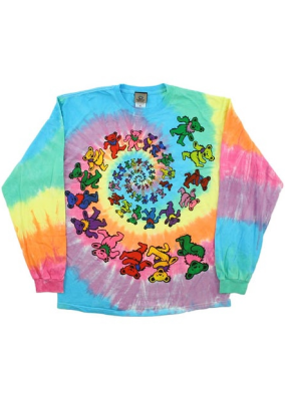 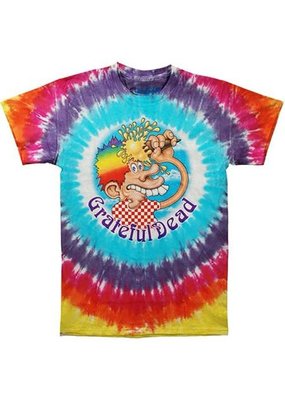