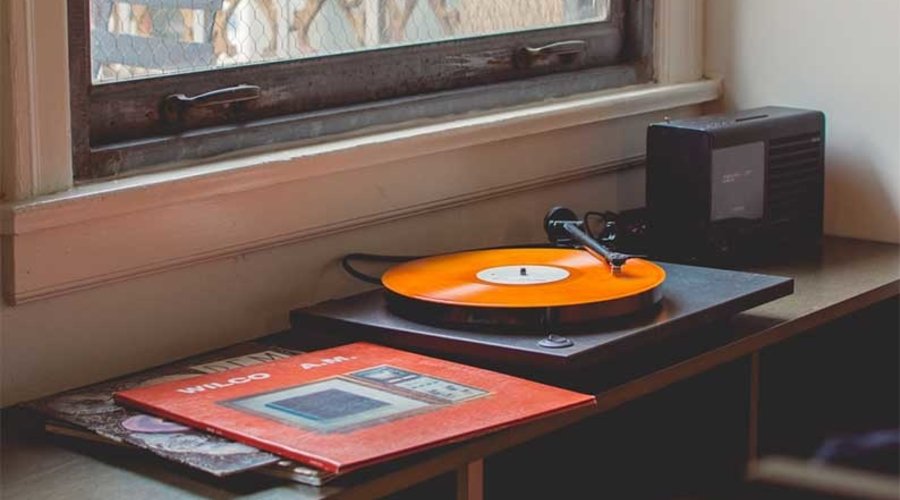 Why Records Skip and Pop

Ah, there's nothing like the warm crackles, hisses, and pops of a vinyl record ... until those crackles and pops start interfering with the sound quality. One listener might think the occasional crackle adds character; another might hear annoying sound interference. It's a fine line, but you'll know it when you cross it. And as a general rule, nobody thinks it sounds good when records skip.

Earlier this month, we discussed tips for caring for your LPs, and today, we'll dig deep into reasons why they sometimes skip and pop. Because knowing is half the battle.

The Micro-Landscape of a Record

To understand why records skip, crackle, and pop, it's necessary to understand how a microscopic groove can replicate the sounds of a coloratura soprano, a searing guitar solo, a symphony orchestra, or whatever else you want to hear. Each side of the record has a .04-.08 mm groove that spirals to its center (if you've ever placed a stylus to a record, you're familiar with this setup). Each side of the groove has wiggles that represent audio information from the left and right channels. That information is impressed in an area the size of a micron. To put that into perspective, the period at the end of this sentence is about 615 microns. So if a speck of dust lands in that groove, it's a huge obstacle for the stylus, which is delicately calibrated to read and translate minute amounts of information.

When the stylus hits a speck of dust (or oil, or grime, or static electricity), the effect is that of a car hitting a speed bump: there's a big disruption. But in this case, the disruption is auditory. The stylus amplifies the "bump," and you hear it as a crackle or pop. If the particle is big enough, you'll hear it as a skip.

Another Cause of Skips

Skipping generally signifies a larger-level problem -- one you can see with your naked eye. It's usually an issue with the turntable. An improperly balanced or damaged tonearm can lead to skipping: If the arm isn't exerting enough pressure on the record, the needle might lift up and skip around. Adding a small amount of weight -- such as a penny or a nickel -- is an old-school hack to adjust the weight. Newer record players have knobs that adjust the tonearm pressure.

It's unusual for the record itself to cause a skip, but this can happen if you get one with a defective groove. The needle will slide right over the damaged area. This isn't an easy problem to fix -- though you can try pressing down the needle as it passes over the damaged area in an effort to "re-groove" the problematic spot.

How to Prevent the Dreaded Pops and Skips

If you do end up with a damaged LP, you can carefully clean it and attempt to re-groove it. However, an ounce of prevention is always worth a pound of cure. Prevent damage by properly cleaning and storing your records as soon as you're done listening to them. Yes, they require a fair amount of babying -- but that's why we love them.

Keep in mind that grimy and damaged grooves are more common in used records -- so be sure to take advantage of listening stations before you drop serious money on a rare album. You're always welcome to listen to Mushroom New Orleans' collection of used records before you buy. We wish you many years of listening pleasure -- and hope to see you soon!