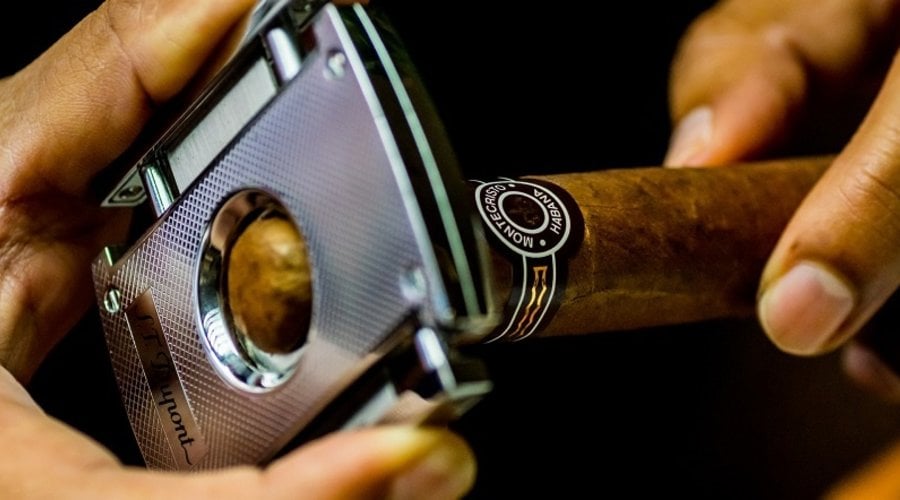 "I never smoke to excess -- that is, I smoke in moderation, only one cigar at a time." --Mark Twain

With so many brands to choose from, not to mention hundreds of accessories, how do you decide which cigar is best? Short answer: it's the one you like the most. Let's look at some of the things you need to know to help you figure that out.

Historians believe that cigars were invented by the Mayans sometime around the tenth century, or at any rate that they were in use by then. When Columbus came to the New World, he discovered the practice of cigar smoking and brought it to Europe, where it quickly became popular.

Handmade cigars are made from tobacco. And that's it. No artificial flavors or chemicals are added. The flavors, colors, and shapes all occur naturally. On the other hand, machine-made cigars may contain artificial sweeteners or preservatives to increase shelf life.

Many people with many different skills are involved in making the handmade cigar you light up.

To blend the flavors and reach a proper level of humidity, premium cigars are aged both before and after they're rolled: first as fresh leaves after being fermented, then as newly rolled cigars. The leaves are aged in bales so that they can mature and lose the so-called green notes of the freshly cut plant.

You can age your cigars too. To allow even more flavors to blend and peak, you can keep your cigars in the humidor a little longer, just as you might age wine.

A cigar has three components, all made of tobacco.

Do your cigar a favor and use a cigar cutter to cut it; not a knife, not scissors. The more even the cut, the better the smoke. A cigar that is properly cut allows air to pass through more evenly. Many types of cigar cutters are available.

Lighting a cigar takes a bit longer than lighting a cigarette or a candle wick. Hold the cigar over the flame until every part of the tip is evenly lit. You should see a glowing ring and a thin blackening around the tip. If the embers don't burn evenly when you take a puff, improve the burn by again exposing the tip of the cigar to the flame. For optimal flavor, use a cedar spill to light your cigar, or a wooden match that has no sulfur.

Instead, advises cigar connoisseur Shane K., "Gently draw the smoke into your palate and absorb its flavor for a moment before releasing it from your mouth." And every few puffs, "it's nice to push some of the smoke out through your nose" to more fully experience the flavor of a cigar.

The size of the cigar determines how long a smoking session can last. If you are pressed for time, you may want to choose a smaller one. If you have all day, you can savor a fat, large-gauge cigar. (Ring gauge is a measurement of the diameter of a cigar in terms of 64ths of an inch. A 64-ring gauge cigar is an inch in diameter.)

Cuban cigars are great premium cigars, but they no longer rule the roost. Fine cigars are also made in Central American countries like Honduras, Dominican Republic, and Nicaragua. So don't limit yourself.

Come talk cigars with us at Mushroom New Orleans. We're open from 10 a.m. to midnight daily, or contact us about any of our cigars or smoking accessories.