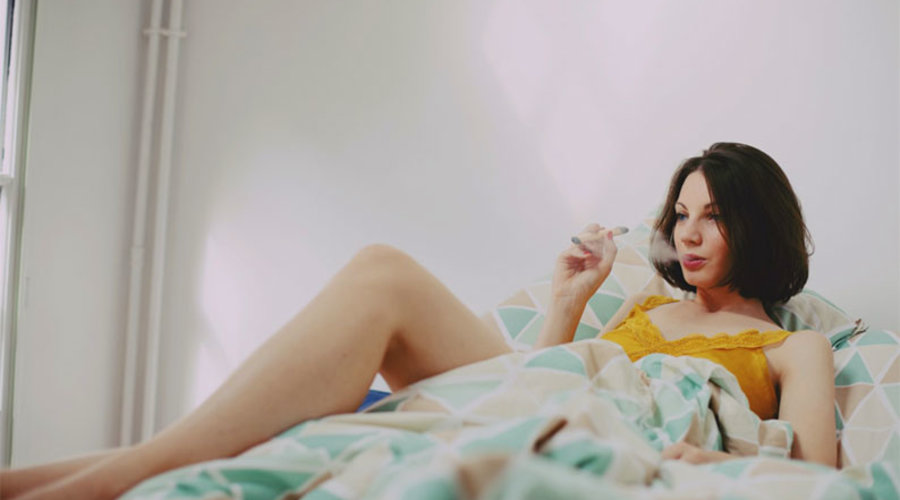 Trying to Quit Smoking? Consider If E-Cigs Are Right for You!

New Year's resolutions are notoriously hard to keep, and quitting smoking is one of the most challenging resolutions a person can make. According to the American Cancer Society, it can take seven attempts (or more) to kick the habit for good. Whether this is your first attempt or your 50th, there are tools to make this resolution a little easier to keep.

E-cigarettes are a great way to bridge the gap between a pack-a-day habit and a smoke-free lifestyle, but there are a few misconceptions floating around about vaping. Here are just a few.

In a word, no. Smoking cigarettes is the leading cause of preventable death, killing nearly half a million Americans each year. But you probably don't need to be reminded of how dangerous smoking is -- that's why you're quitting! However, you may have heard that the e-liquid used in e-cigarettes contains antifreeze and formaldehyde, or that consumers don't really know what's in it. That couldn't be further from the truth. E-juice from the reputable brands found at Mushroom New Orleans contains four things: a vegetable glycerin base, propylene glycol (a safe ingredient found in asthma inhalers), food-grade flavorings, and, usually, nicotine.

However, the most important distinction is what's not found in e-liquid or its vapor: more than 4,000 chemicals are found in cigarettes and cigarette smoke, including tar, formaldehyde, arsenic, and 43 known carcinogens.

There's nicotine in e-liquid? I thought the point was to kick the addiction!

E-cigarettes provide more options for those wishing to reduce, or eliminate, their use of nicotine.

With cigarettes, there are two choices. You can try going cold turkey and facing days of nicotine withdrawal. Or you can wean yourself off cigarettes by gradually reducing the number you smoke, which may ease the sting of withdrawal, but requires willpower and takes longer than quitting altogether.

With e-cigarettes, you can buy e-juice at different nicotine strengths. Start at the highest level, and you won't experience nicotine withdrawal. You'll also get hit with immediate positive rewards: the lack of smoke means you won't smell or taste like an ashtray, for starters. You can gradually reduce the strength of your e-juice until you're consuming a very low level of nicotine -- or none at all.

Sure, there are other nicotine-replacement therapies out there including nicotine patches and gum, but studies have shown that those who choose to vape their way to a smoke-free life are 60 percent more likely to quit for good compared with those using the traditional FDA-approved smoking-cessation aids. Vaping can also be more enjoyable.

But what about this oral fixation?

If you smoke because you like having something to do with your hands or because you have an oral fixation, you'll find vaping is an alternative without the toxic side effects of cigarettes. Plus, when your friends are all lighting up cigarettes outside the bar, you don't have to feel alienated -- you can pull out your vape.

Not compared with the cost of cigarettes and the toll they take on your body. E-cigarettes and e-juice can be procured for less than $50, and depending on the type of vape and the amount of e-juice you use, the cost of vaping can be as much as 82 percent less than smoking over the course of a year.

Ultimately, though, nothing's worth your health. Even if vapes weren't less expensive than cigarettes, the damaging effects on your body from cigarettes make smoking a costly habit.

One last bit of encouragement: If you quit smoking before age 40, you eliminate 90 percent of your risk of dying from a smoking-related illness. So there’s never a better time than now to quit smoking cigarettes.

Have questions about how to get started vaping? Stop by Mushroom New Orleans and let our friendly staff get you set up with the vaping essentials.