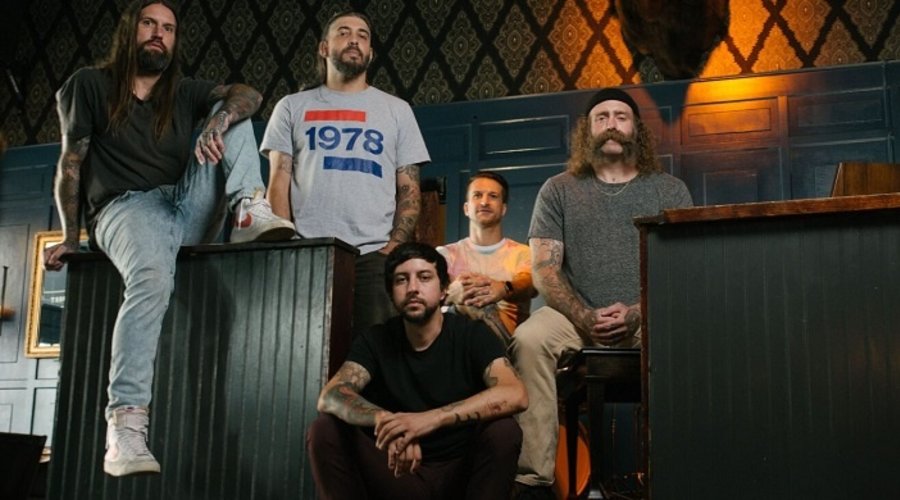 Check out these hot new releases, coming this month at Mushroom New Orleans.

Every month (actually, every few days!) new music releases are available at Mushroom New Orleans. Here are six arriving on our shelves in October that we recommend.

"All Day Gentle Hold !" (the avant-garde extra space is deliberate), the follow-up to last year's "Ricky Music," is being released on October 8 by Domino Recording. Ahead of the album comes a new single, "Okay." The album also includes the October 2020 single "I Miss That." Porches is a musical project by Aaron Maine, who explains that he "recorded this album in my room between October 2019 and April 2021. The world was flipped and I wanted to make something injected with as much love, urgency, and lust for humanity as I possibly could."

Domino calls the album "a celebratory collection of songs. Harder, faster, shorter and louder than any other Porches record, it's direct and pointed, charged up and chaotic, described by Maine as 'the most energetic, off-the-cuff moments, collaged together into the most captivating songs I could make.'"

Produced by hitmaker Max Martin, "Music of the Spheres" is the ninth full-length album by British rock band Coldplay. The new album has 12 songs, including collaborations with Selena Gomez ("Let Somebody Go"), BTS ("My Universe"), and other artists. The titles of five of the songs are nothing but emojis.

In a recent Instagram post, the band thanks fans "for listening, or coming to shows, or any way we have met through music. Everyone is an alien somewhere."

Coldplay released the lead single of the album, "Higher Power," back in June. The group has performed the song at the Macy's Fourth of July celebration, at the 2021 BRIT Awards, and on "The Tonight Show Starring Jimmy Fallon."

Over the last two years, often recording remotely, the multiple-Grammy Award-winning Rock and Roll Hall of Famer Carlos Santana created a star-studded album with the help of a diverse lineup of acclaimed artists, writers, and producers. For the album single "Move," Santana teamed up with Matchbox 20's Rob Thomas. (An earlier collaboration, their 1999 single "Smooth," won three Grammys.)

According to Santana's website, " 'Blessings and Miracles' is one of the most ambitious, inspired and magical albums of Santana's storied career, on which the legendary guitarist aims higher than ever."

Santana says that the ideas of the album come from his belief "that we're born with heavenly powers that allow us to create blessings and miracles. The world programs you to be unworthy of those gifts, but we have to utilize light, spirit and soul -- they're indestructible and immutable. Those are the three main elements on this album."

The long-awaited ninth studio album from the American metalcore band comes with a single, "Post-Boredom." The video was directed by the band's former drummer Daniel Davison and Tes Hash.

Lead vocalist Keith Buckley says that writing this song gave him "the feeling of real truth."

"I wasn't hiding any secret confessions in metaphors," he says. "I was very much fed up with living an unfulfilling life, and felt that I needed a death -- either figuratively or literally -- in order to have a fighting chance at finding new meaning. I see this song from a distance. It's reflective, but also finally detached. Not a full ego death, but indicative that the process needed to start immediately in my own life."

Reprise Records will release Mastodon's anxiously awaited ninth full-length album at the end of the month. "Hushed and Grim" is the Atlanta-based heavy rock quartet's first double album and their first new record since "Emperor of Sand" was released in 2017. Mastodon won Best Metal Performance at the 2018 Grammys.

The group recorded "Hushed and Grim" in their hometown in collaboration with producer David Bottrill and Soundgarden guitarist Kim Thayil. Recorded during the pandemic, a recurring theme of the album is loss and loneliness. It is also a tribute to the band's former manager, the late Nick John. A single from the album, "Pushing Tides," is already out.

This is Tori Amos' first album since 2017's "Native Invader." The singer-songwriter shared the cover image on Twitter, noting that she had written the album during the third lockdown in Cornwall, England.

"This is a record about your losses, and how you cope with them," she says. "Thankfully, when you've lived long enough, you can recognize you're not feeling like the mom you want to be, the wife you want to be, the artist you want to be. I realized that to shift this, you have to write from the place where you are. I was in my own private hell, so I told myself, then that's where you write from -- you've done it before.

"We have all had moments that can knock us down. . . . Sometimes it's not about a pill, or a double shot of tequila. It's about sitting in the muck together. I'm going to meet you in the muck."

Have we missed any important new releases? We'd love to hear from you! Stop by the longest-operating independent record store in New Orleans and let us know. And don't forget, we buy and trade used records. See you soon.