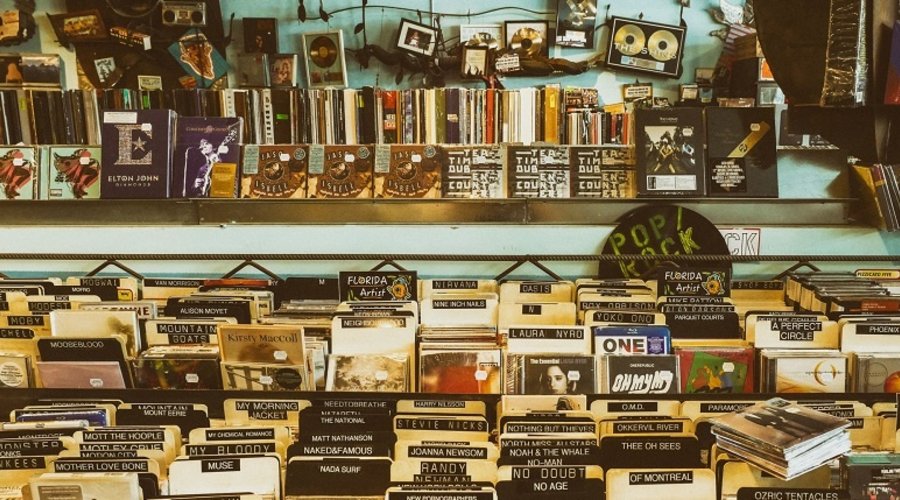 It's a new month, which means new music releases that you can get at Mushroom New Orleans. Here are six headed your way in August.

The new album by the Liars, "The Apple Drop," their tenth, is being lauded as the most accessible yet. The experimental-noise mainstay has lost some of its founding members, so three new ones join the current release. Angus Andrew, the founding and only constant member of the group, is accompanied by avant-garde jazz drummer Laurence Pike, multi-instrumentalist Cameron Deyell, and lyricist Mary Pearson Andrew (Angus's wife). "For the first time I embraced collaboration from an early stage," says Angus.

Coming after "For Ever," released in 2018, the third studio album by the British electronic band Jungle will be released through the group's independent label, Caiola Records. "Loving in Stereo" features guest appearances by the rapper Bas and the Swiss-Tamil musician Priya Ragu.

Less than a year after their last effort, "Imploding Mirage," the Killers are releasing their seventh studio album on Island Records. Band drummer Ronnie Vannucci Jr. calls the new LP "very different from the normal Killers stuff." Because of the pandemic, an extensive Killers tour slated for last year was canceled, so the Las Vegas-based band used their time off the road to record "Pressure Machine."

The Killers have also recently released "Dustland," a collaboration with Bruce Springsteen.

The award-winning actor, director, and novelist who stars in the popular TV shows "The X-Files" and "Californication," David Duchovny is releasing his follow-up to "Every Third Thought" (2018), which All Music calls "eloquent, alt-rock-kissed country-folk in the vein of Wilco and the Wallflowers." "Gestureland" builds on the themes of its predecessor of political and personal exploration of our relationship with a virtual world.

"The album represents three years of songwriting, over which time I think we developed into a band. So there's a stronger element of deep collaboration here," Duchovny says. "The songs are obviously inspired by present-day life and problems, but we hope to make them universal. You want to know which songs are about me. None of them. They're about you."

Singer, songwriter, producer, and actress Debbie Gibson is releasing her first album in 20 years. The new pop album, her tenth, features 15 new tracks written or co-written by Gibson, plus a studio version remake of her 1989 hit power ballad "Lost in Your Eyes." The song is a duet with Joey McIntyre of New Kids on the Block. Gibson is also performing with McIntyre in Las Vegas this fall.

Gibson says that she is "excited to be releasing an album that people of my generation can relate to that also feels modern."

"I've lived a lot of life up to this album," she tells Billboard, "and it's all reflected here."

"Screen Violence" is the fourth studio album by Scottish synth-pop band Chvrches. The album's lead single, "He Said She Said," was released back in April. The second single to be released, "How Not to Drown," is a collaboration with Cure's Robert Smith. Because of the pandemic, "Screen Violence" was recorded remotely between Glasgow and Los Angeles.

"I think for me it was helpful to go into the process with the idea that I could write something escapist almost," lead singer Lauren Mayberry tells Rolling Stone magazine.

"To me, the screen aspect was a bit more literal," muses band instrumentalist Martin Doherty. "When we were making the record, it was like half of our lives were lived through screens. What began as a concept was now a lifeline."

Have we missed any important new releases? Stop by the longest-operating independent record store in New Orleans and let us know. And remember: we buy and trade used records. See you soon!