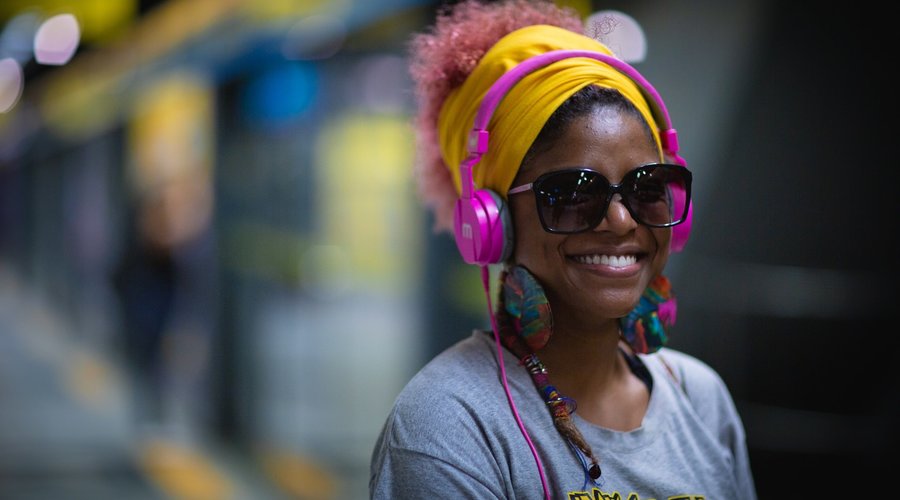 There’s definitely some new music coming in July that will put a smile on your face.

She & Him, 'Melt Away: A Tribute to Brian Wilson”

Her quirky typecasting single-handedly launched the manic-pixie dream girl phenomenon, and although The New Girl is now a middle-aged mother of two, she still makes us want to pick up a ukulele and grow bangs. Fans rabid for Zooey Deschanel’s raspy mezzo-soprano found its ideal counterpart in M. Ward, and if you can’t wait for the release of the duo’s newest album 'Melt Away: A Tribute to Brian Wilson,” you can slake your thirst on their predictably croony, pleasant single, “Darlin.”

Anti-capitalist commentary about the “salt of the earth underpaid to serve and scrub the toilet” wrapped in dancey beats and soft female vocals? It might not be what we expected from these Canadian indie rockers in their eighth album, but it’s what we got, and it’s generally pretty good, with a few standout bangers, the afore-quoted "Doomscroller", "All Comes Crashing," and “What Feels Like Eternity" among them.

What is there to say about the latest release from an artist who has won 28 Grammys, more than any female artist in history, accrued a net worth of $440 million, and performed at the Superbowl (twice)—other than, in our completely unbiased opinion, this is her best single ever? Come on, it’s got bounce influences and Big Freedia, Queen Diva herself urging listeners to “release your wiggle.” We all knew Beyonce’s “daddy Alabama, Momma Louisiana,” but this song really drives that point home. Again, completely unbiased here. Oh, right, and there’s another album coming on July 29 after a six-year hiatus—Renaissance.

The first single off Megadeth’s 16th studio album has all the headbanging intensity and virtuosic work circa-1980s classics and promises to introduce a new generation to the ultimate 1980s hair metal band. Hey, someone’s gotta do it, and Stranger Things already reminded us that Metallica exists.

The Detroit-to-Houston transplant, who cites Destiny’s Child as an early influence, has won three Grammys since “Truth Hurts” became a slow-burning, sleeper hit that wouldn’t go away. And with “Special,” she leans harder into her synthpop and hip-hop infused brand of empowerment. “There are millions of people going through what I’m going through, who don’t have an outlet, who don’t have a support system, who don’t have the financial freedom or access to certain things to feel better. If I can give somebody a cheat code, or if I can give somebody the recipe so they can make their own sauce, I’m gonna do it,” she told Elle.

Wait, you say, does Jack White belong on this list? Didn’t you already call out his 2022 album earlier this year? Yes, and yes. The singer-songwriter, multi-instrumentalist and producer is as prolific as he is self-consciously eccentric (why else send a record player into space on a hot-air balloon?) Coupled with “Fear of the Dawn,” “Entering Heaven Alive” represents a soft exit from the double album’s ride, with sweet, soft lyrics including "I want to hold you like a sloth hugs a tree." The concept? “As it started to turn into two records I thought, ‘Oh, wouldn't it be great if I started the first one with the heavy one and ended the second one with a soft one, and it loops all the way around?" So that came out really cool,” White told EW.com. We think it’s really cool, too, Jack.

Any of these new releases pique your interest? Come by Mushroom New Orleans any day between 10 a.m. and midnight to check them out and trade your old music for new. See you soon.