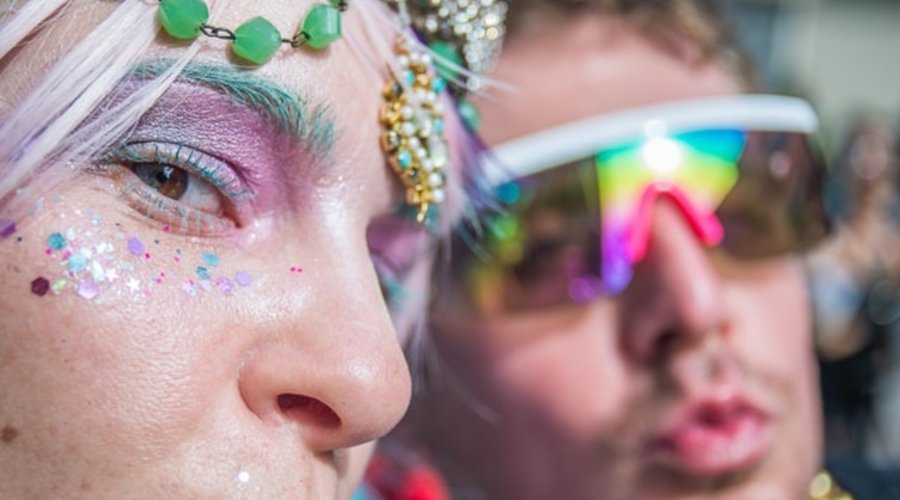 Carnival isn't just a time to celebrate with parades, king cakes, and parties galore. It's also a time to take advantage of the talent that the world's largest free party attracts. Hundreds of thousands of visitors descend on New Orleans during the height of the Mardi Gras season, among them a famous touring musician or two. (Celebrities: they're just like us!)

Yes, New Orleans is a great music town all year round, but during Carnival season, things get kicked up a notch. Here's a list of just a few great concerts hitting the city in the weeks to come.

Willie Nelson has been a fixture of the country music scene since the 1950s. At age 85, he's still rocking the bandanna and headlining venues across America, having attained true living-legend status. A co-chair of the National Organization for the Reform of Marijuana Laws and a Country Music Hall of Fame inductee, Nelson will bring his unique R&B-influenced country sound to the intimate Fillmore Theater. Here's hoping he plays some tunes from his hit 1984 studio album, City of New Orleans.

This Atlanta-based country band is in a league of its own thanks to its energy and versatile musicianship -- and its amazing covers of songs ranging from Pink Floyd's "Comfortably Numb" to Billy Joel’s "Piano Man." Zac Brown's voice has to be experienced live -- as does the group's Southern country-meets-jam band aesthetic.

It wouldn't be Carnival without "azz everywhere" -- and there's no better place to twerk than Freedia Gras. This two-day event features performances by indie-pop darlings Sweet Crude and the Queen of Bounce herself. The rapper, singer, and reality TV star is known for her high-energy shows, which are part concert, part raucous dance party. Wear your cheekiest booty shorts and prepare to sweat.

Everyone's a fan of this American Celtic punk band on St. Patrick's Day. Fortunately, Mardi Gras falls on a late date this year, which allows New Orleanians to attend the band's St. Patrick's Day tour while still celebrating Carnival. Yep, two of the greatest drinking holidays converge at this show. If you haven't been to one of the Dropkick Murphys' super-fun, mosh-pit friendly concerts, you're missing out. (Bassist Ken Casey has been known to punch Nazis from time to time.)

Little-known fact for people outside New Orleans: Lundi Gras (the day before Mardi Gras) is usually the biggest party night of the Carnival season. That's because, by city mandate, Mardi Gras celebrations cease at midnight, and are followed by somber Lenten observations. So, Monday night is going to be off-the-charts wild, and this LA-based ska band is going to be responsible for at least some of the mayhem. Get ready to skank to "She's Kerosene" like never before.

Are there any great concerts we missed? Drop us a comment below, or pop into Mushroom New Orleans anytime. As a record shop with albums available for sale or trade, we're always ready to talk music. See you soon, and happy Carnival!