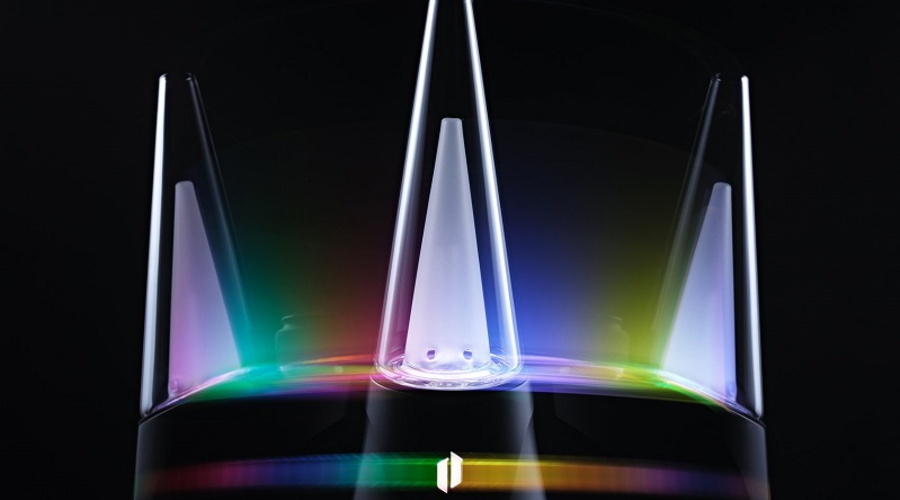 From vaporizers to dab rigs, the last few years have seen game-changer after game-changer arrive on the smoke scene. It’s a whole new world compared to the one that existed in 1969, when Mushroom New Orleans first opened its door for business. We still love a good hand roll or water pipe, but we also love that we can control hand-held borosilicate glass vaporizers with an app. If you’re a fan of the latest technology for consuming legal concentrated smoking materials, keep reading, because today we’re discussing the newest, biggest, smartest vaporizer on the market: the Puffco Peak Pro.

It’s the next iteration of the Puffco Peak, a portable electronic vaporizer. It’s basically a smart dab rig. You get all the benefits of dabbing without the hassle of a butane blow torch and butter knife. Plus, the Puffco Peak Pro looks a lot cooler—like a water pipe had a baby with a starship—and it’s capable of heating your concentrated smoking materials to a precise temperature, thanks to bowl sensors and an onboard microchip.

How is the Puffco Peak Pro different?

When it launched three years ago, the spendy-but-satisfying Puffco Peak garnered rave reviews, but some users experienced issues. As with any cutting-edge piece of consumer technology, engineers had to work out a few bugs.

That’s the case with the new Puffco Peak Pro. It’s both prettier and more functional than its older sibling. On the aesthetics side, the Puffco Peak Pro’s shiny, metallic surface doesn’t hold onto fingerprints. The original Puffco Peak struggled to evenly heat large loads, but the Puffco Peak Pro has a bowl that’s 40 percent bigger than its predecessor. Thanks to a new carb cap and directional airflow, it minimizes hot spots for an even pull (and you don’t have to keep your finger on the carb). Also, it can be used for up to 30 vape sessions without needing a charge, and the battery function is also improved by a new automatic shut-off feature. You can also change the four preset temperatures, which range from 450 to 620 degrees Fahrenheit, to suit your taste and smoking materials.

It’s also thinner than its predecessor, though its glassware has twice as much water for a smoother draw. The new-and-improved design also makes it harder to get water in your mouth...always a plus. But the new model isn’t so different that you can’t exchange glassware between the Puffco Peak and the Puffco Peak Pro.

Speaking of accessories, the Pro comes with a neat carrying case that makes users look like gigging musicians. There’s also a travel pack for on-the-go users. Wireless charging can be accomplished in three hours with an accompanying power station, which doubles as a display case.

Have you tried the Puffco Peak or Pro yet? Come by The Mushroom between 10 a.m. and midnight to admire its beauty and learn about its design. We’re big fans, and a visit to the store is always worth the trip!