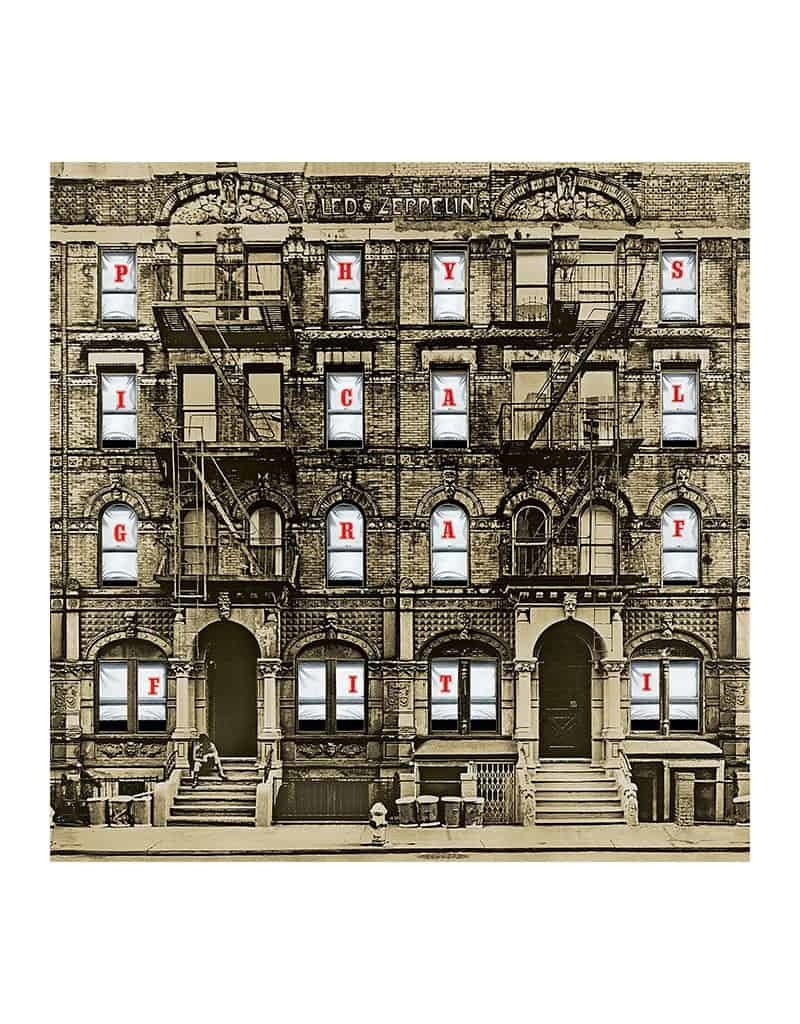 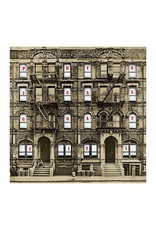 Led Zeppelin's sixth album was released in 1975 on the group's new Swan Song Records label. The band wrote and recorded eight songs for the album in 1974, the total playtime covered just under three sides of an LP, so they decided to expand it into a double album by including previously unreleased tracks from earlier albums. Physical Graffiti was a huge success both commercially and critically, debuting at number 3 on the Billboard Pop Charts and climbing to number 1 the following week, where it would stay for six weeks. The album is considered to be one of the strongest, most creative works from the group, and has sold over 8 million copies.