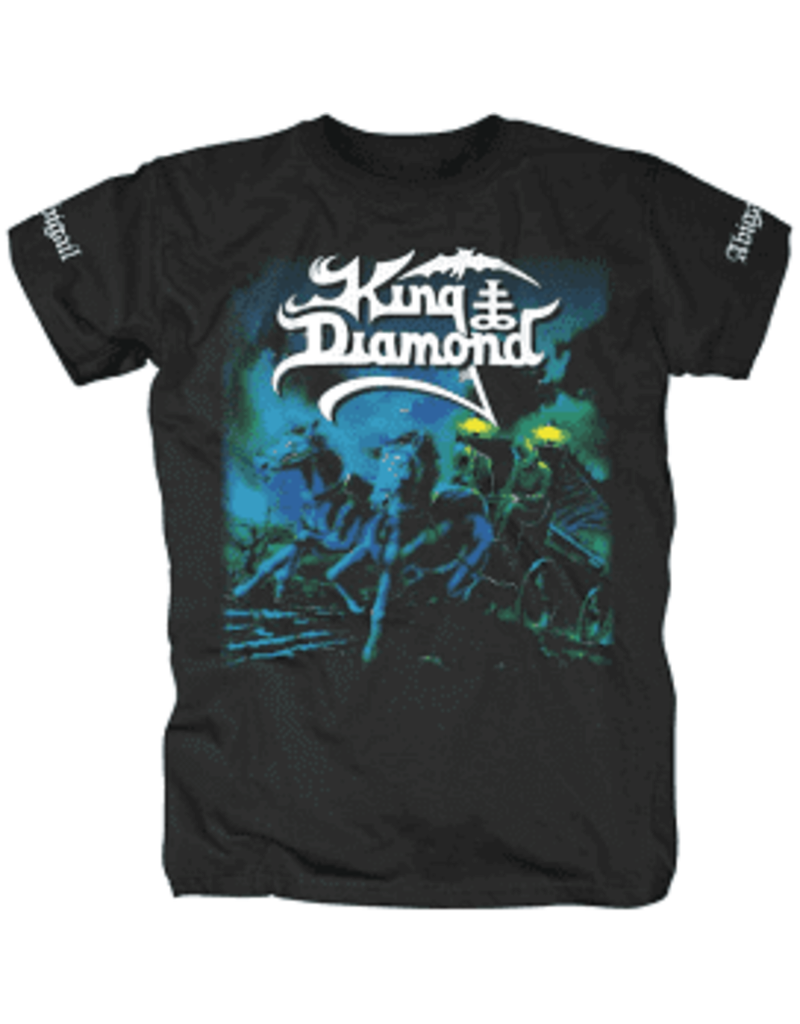 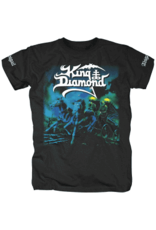 $22.99
This officially licensed King Diamond t-shirt is made from 100% cotton.

"Abigail" is the second album by heavy metal band King Diamond and the band's first concept album. It was released in 1987. The album tells a story of a young couple who moved into an old haunted mansion in the summer of 1845. Upon their arrival, they are warned by several horsemen not to move into the house however, they do not heed the warning, and the horror begins. It is widely recognized as King Diamond's masterpiece.

King Diamond is a Danish heavy metal band that formed in 1985 and was named after the lead singer's stage persona. He is the lead vocalist and lyricist for both Mercyful Fate and the band King Diamond. He is known for his powerful and wide-ranging singing voice, particularly his far-reaching falsetto screams, his dark lyrical content, and his story concepts. Diamond also plays the keyboard and guitar on studio recordings but uses live shows to focus solely on his vocal performance. His stage persona is well known for his elaborate black and white face paint. King Diamond uses a microphone stand on stage consisting of a femur bone and a tibia bone in the shape of a cross. He previously used a human skull, that the band named Melissa. However, in the late 80s, Melissa was stolen after a performance in the Netherlands. Diamond follows LaVeyan Satanism, which he does not see as a religion, but as a philosophy that he lived by even before reading Anton LaVey's "The Satanic Bible." He is seen as one of the only true Satanists in a community full of posers that use the religion for shock value rather than true belief. 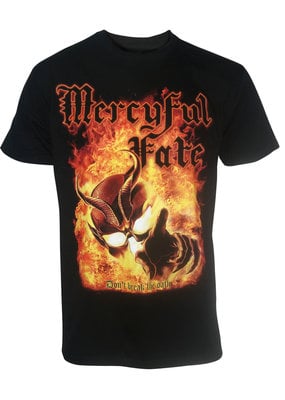 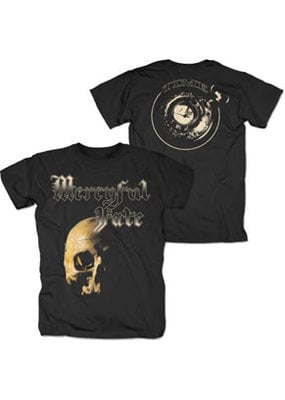 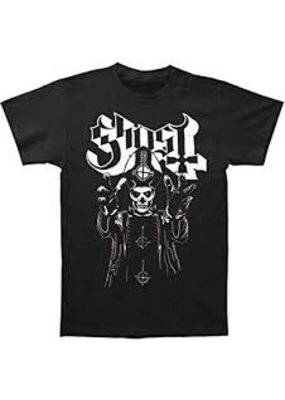