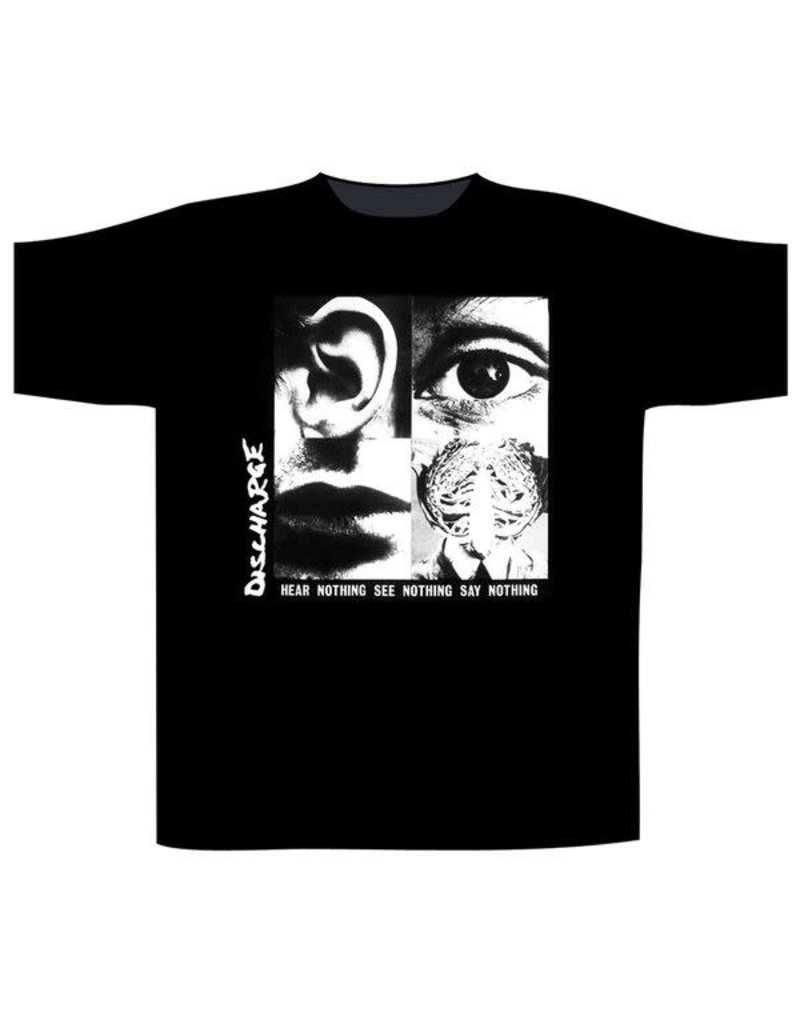 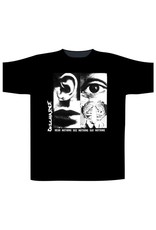 $24.99
This officially licensed Discharge t-shirt is made from 100% cotton.

"Hear Nothing, See Nothing, Say Nothing" is Discharge's 1982 debut studio album. The album is known for its shouted vocals, similar to a political speech, and lyrics on anti-war themes. It is considered one of the most highly important records in the evolution of extreme forms of metal and punk music.

Discharge is a hardcore punk band that was formed in England in the late 70s. They are known for influencing several sub-genres of music and their songs have been covered by some of the biggest names in heavy metal. The sub-genre of "D-beat" is actually named after Discharge and their distinctive drum beat. They used heavy, distorted, and grinding guitar sounds and raw shouted vocals. The lyrics were usually on anarchist and pacifist themes, over intense drone-like rhythms. Discharge helped pave the way for an array of politically motivated, musically intense, and deeply confrontational bands. They were known to be explicitly political which moved hardcore away from its "pub rock" origins and towards new territory based on activism. Discharge opened the door to various extreme metal styles such as thrash metal, black metal, crust punk, and grindcore. They still continue to play music today, in fact in December of 2017, the group was chosen to play a support slot for the original Misfits reunion at the LA Forum in Los Angeles. The 17,000-capacity venue sold out in less than one minute. 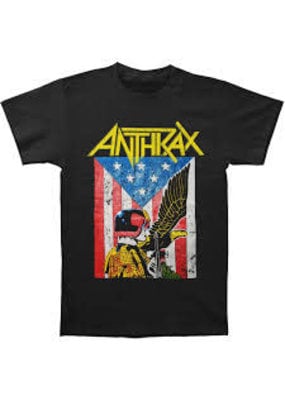