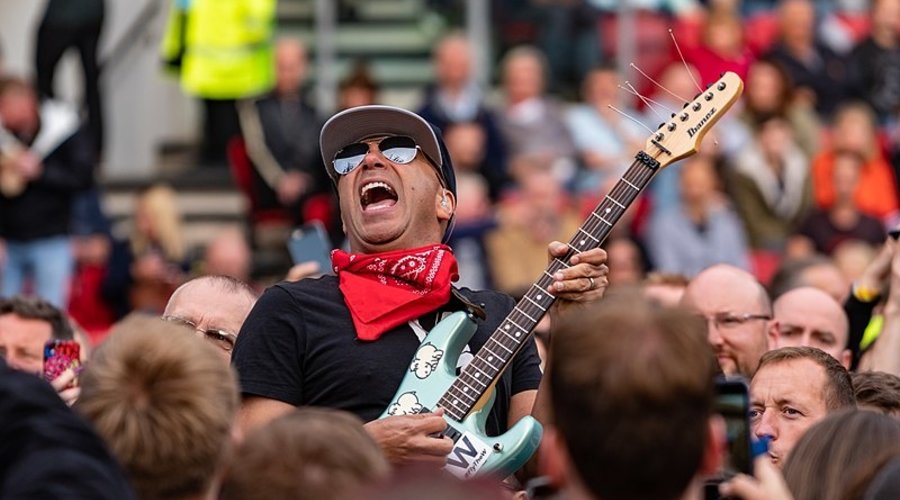 Check out these anticipated new releases, coming this month at Mushroom New Orleans.

A new month means that new music releases are hitting the shelves at Mushroom New Orleans. Here are five we're excited about.

The Rage Against the Machine co-founder Tom Morello has released his second solo album of 2021, preceded by “The Atlas Underground Fire.” The 12-track sister record features a string of all-star collaborators, including Nathaniel Rateliff, Jim James, IDLES, Ben Harper, Alex Lifeson, Kirk Hammett, X Ambassadors, Barns Courtney, Manchester Orchestra, and Andrew McMahon in the Wilderness, among others. Like “The Atlas Underground Fire,” most songs are politically charged, with topics like climate change and inequality.

Talking about his album in an interview, Morello said that “’The Atlas Underground Flood’ finishes what ‘The Atlas Underground Fire’ started.“ ’Fire’ and ‘Flood’ are my ‘London Calling,’ he said. “Admiring The Clash at their apex moment, I sought to make a double album where artistic intent supersedes genre. I aimed to forge a central curated vision to tie together a sonically fearless, wild, and wide-ranging musical ambition with a tremendous cast of collaborators. And of course, there are many guitar solos.”

The Canadian-born American Neil Young recorded his new album, “Barn,” well, in a barn. Just like his last album, the 2019’s “Colorado,” “Barn” was recorded in Colorado, largely live, with Young’s backing band, Crazy Horse. As the album’s review in The Guardian describes “Barn,” "These are 10 cogent songs about love and life, about the recent past, the years long gone and our future, delivered with verve, emotion and snarls of six-string authority… This is a Crazy Horse record that is both raucous and highly tuneful, saturated with in-band bonhomie."

This is the artist’s eighth album, and the unusual part isn’t only that it contains a whopping 26 songs but that is comes in two sections, “Original” and “Unlocked”, and acts as its own remix album (as you know, remix collections usually drop separately). “Keys” is a danceable pleasure with a range of guest artists like Khalid and Lil Wayne.

British Columbia producer Jamison Isaak, aka Teen Daze, is known for his “soft-focus synth pop and romantic electronica” creations. “Interior” is no different. It’s described in this review as “An ode to electric futures glimpsed in ecstatic heights, from bedrooms to big rooms, it’s an album of first loves refracted through prisms of wisdom, wounds, and wonder… It’s music of skylines, escape, and sensual energy, forever cresting through nights that never end.” Isaack, who hosts a recurring radio show on Blast Radio, hosted a live set on his show to promote his upcoming album release tour.

OSEES leader John Dwyer came up with his third improvisation album, written during the lockdown. His new project features a roster of collaborators -- Ryan Sawyer on drums, Greg Coates on upright bass, Wilder Soby on synth and mellotron, and Andres Renteria conga, bongos, and hand percussion. Dwyer himself plays guitar, synths, flute, hand percussion, and some other instruments.