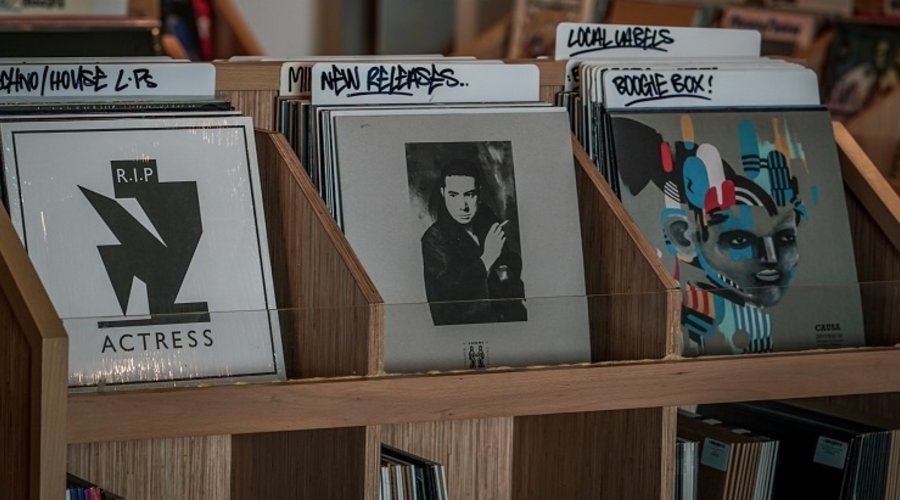 From the concert fliers lining our staircase and the tunes on the sound system to the thousands of records filling our space, it's obvious that Mushroom New Orleans is a haven for music fans. We love listening to the classics again and again, particularly on a quality record player, but there's also a special place in our heart for new music ... especially from an established artist. On that front, March 2021 is shaping up to be an especially exciting month. Here are a few noteworthy record releases to check out.

Kings of Leon, "When You See Yourself"

It's hard to believe this Tennessee-based family band (consisting of three brothers and a cousin who grew up in the Pentecostal church) would be old enough to drink if it was a person. After a five-year break, their Southern-rock-meets-alt-garage-band sound returns, if not to arena tours (thanks pandemic), then to radio stations. "When You See Yourself," released on March 5, is the band's eighth studio album and their second venture with producer Markus Dravs, who has also worked with Arcade Fire, Björk, Brian Eno, Mumford & Sons, and Florence + the Machine. Will the Followill clan's album garner them a fourth Grammy win? It seems very possible.

Arab Strap, "As Days Get Dark"

Much of March 2021's highly anticipated new music comes from decades-old acts, and Arab Strap is no exception. Collaborating since 1995, this Scottish duo released six albums before splitting in 2006, reuniting in 2016, and dropping "As Days Get Dark" in 2021. Named for "the god of nocturnal excess and my inability to ever refuse him," Moffat said, the album's first single, "Here Comes Comus," has obvious resonance for New Orleanians, who have built a whole culture around overindulgence.

Shock rocker, horror movie director, and weirdo Rob Zombie famously stated that he always "wanted to be Alice Cooper, Steven Spielberg, Bela Lugosi, and Stan Lee" -- and nobody is better qualified for that role. Rob Zombie is a child of carnies, who cut his teeth as a production assistant for Pee-Wee's Playhouse before launching White Zombie with Sean Yseult. Their horror-tinged, headbanger-riff-heavy songs live on in Beavis & Butthead reruns and strip clubs everywhere. Rob Zombie further distilled these scary sounds with his solo career, which spans six studio albums. Judging by its newest single, The Lunar Injection Kool Aid Eclipse Conspiracy sounds just as big, beefy, and badass as Zombie's old-school works.

Born in 1979, Tune-Yards frontwoman Merrill Garbus is either the youngest Gen Xer or the oldest millennial. But one thing is for sure: Her parents are Boomers, and her feelings toward them (and her own generation) are, well, complicated. "This song is about feeling really betrayed, by my parents' generation, and at the same time, really seeing how we are betraying the future," Garbus stated in a news release. Layered with loop pedals, ukulele, vocals, and lo-fi percussion, the music from this Oakland-based indie duo sounds anything but aggressive.

These are just a few albums we're excited about, and we'd love to hear what you're looking forward to bumping in March, too. Stop by the Mushroom any day between 10 a.m. and midnight ... we'll be here, and we think it's worth the trip.