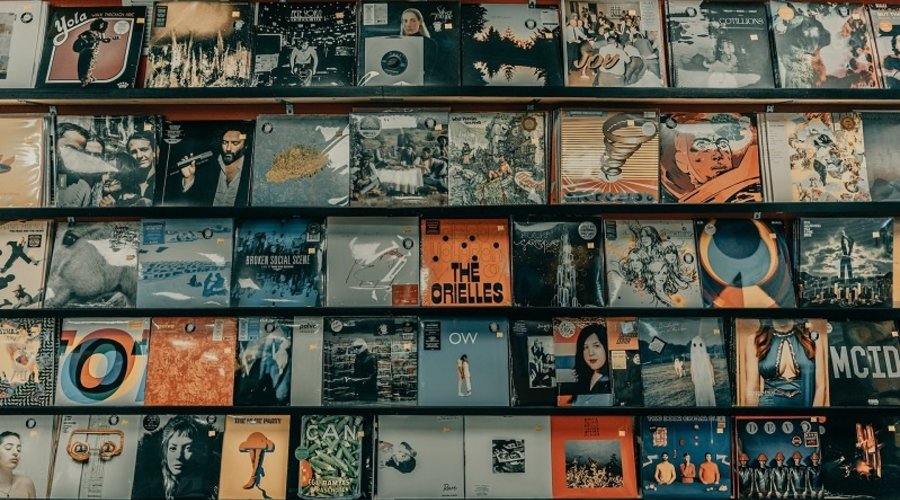 Dive into some of the latest music releases we’ve been enjoying this month, all available at your favorite New Orleans record store.

We know we say this all the time, but September has had some incredible new music drop. Some of it’s pandemic-influenced, some comes straight from the mouth of hell, and some came literally from beyond the grave. All of it rocks, though. Don’t trust us? Come listen to these new records and see for yourself. In no particular order, here’s the new noise we can’t get enough of blasting through our Crosley record players.

As far as generational litmus tests go, The Prince of Darkness functions pretty well. Millennials know him as a drug-addled, kooky reality show dad. Gen Z thinks he was discovered by Post Malone. And Gen Xers and Boomers know him as that dude who bit off a bat’s head decades before that same action spawned a global pandemic. Anyway, he’s got a new album, and tbh, it rocks pretty hard—crazy cackling, harmonica riffs, and all.

Santigold has come full circle since 2008, when the—pop princess? Hip-hop mogul? Punk rocker? Middle-aged mother of two? —yes, some combination of these things burst onto the scene alongside MIA and ushered in a whole new era of pop music. Her latest undertaking, like so many new releases, is a pandemic project, its name a reference to songs sung by enslaved people. “It was an opportunity to step out of survival mode. And the idea of using art and music in particular to transcend my circumstances and experience freedom and joy and beauty in the absence of it,” she told NPR.

After a hiatus that turned into a breakup that turned into a reunion, El Paso prog rock never sounded so lighthearted? These breezy new songs don’t betray the death and drama underpinning them. Just don’t expect to hear the decades-old hits on The Mars Volta’s tour. “Nostalgia is not your f-cking best friend, it's a consumer tactic,” Bixler-Zavala said. Real talk.

Wait, a new album by The Night Tripper? Didn’t he die? Sadly, yes, but the piano man, Rock n’ Roll Hall of Famer and winner of six Grammys (who actually does have a doctorate, albeit an honorary one from Tulane University) will live forever in the imaginations of New Orleanians, and anyone who listens to this album, which he was working on when he died in 2019 from a heart attack. “I gotta go now, guess I’ll see you around/Don’t know when, never know when, I’ll be back in town,” he croons. Rest in peace, Malcolm John Rebennack Jr.—you could not have written a better sendoff for yourself.

Yeah Yeah Yeahs, “Cool It Down”

The white belts and skinny jeans of the early 2000s indie rock movement may have gone the way of the strategically revealed thong, but Karen O’s bangs and musicianship remain a constant, and on this album, both are in rare form.