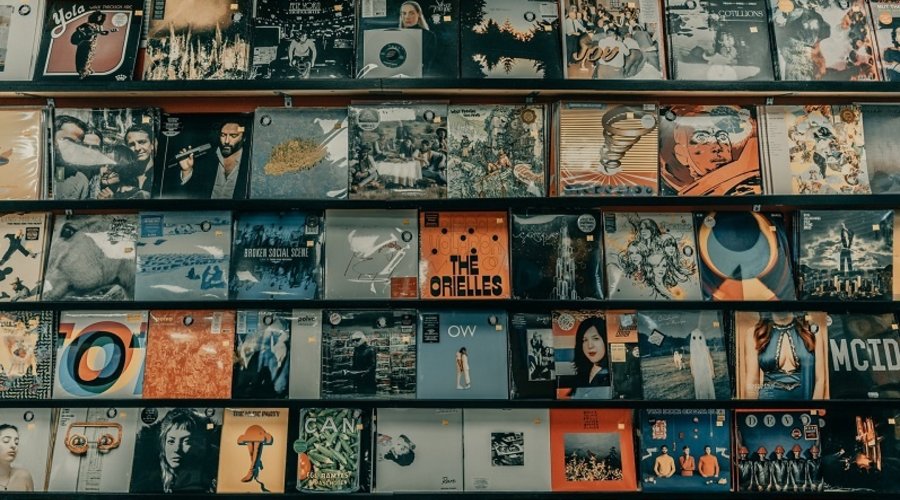 Festivals are back. Record Store Day is an in-person event once again. The birds are chirping. The flowers are blooming. And tons of great new music is being released.

It's gonna be a great spring, and we're gonna get some great records.

Nineties nostalgia is so 2015, but lead singer Anthony Kiedis didn't get the memo. The new album features vintage Red Hot Chili Peppers sounds thanks in large part to the return of guitarist John Frusciante and producer Rick Rubin, who produced "Blood Sugar Sex Magik" (1991) and other smash-hit albums by the Peppers. Although the band formed back in 1983, which is a long time ago, "Unlimited Love" confirms Frusciante's contention that "We feel fresh, like a new band." According to Kiedis, "The dynamic was very healthy, productive and creative. Sometimes [we] can be a little too competitive and it can lead to discord, but we really pushed each other in a positive way."

A nod to his roots in Chicago, where he and eight siblings were raised by a plant engineer who was also a Black Panther, the song "100 Chicagos" acknowledges the pain and beauty of the region whose hip-hop he helped put on the map. "We right back into home again/Where them dwellings wasn't buildings/Intelligent ain't skilled until the fellas got the felons in they feelings." Let's hope that this single is a taste of things soon to come from the rapper, singer, songwriter, and producer whose last album, "Drogas Wave," his seventh and the second installment of a projected trilogy, was released in 2018.

Jack White, "Fear of the Dawn"

The White Stripe, Raconteur, and New Orleans Jazz & Heritage Festival regular is back with another solo album -- every instrument on the album is played by White, that's how solo it is -- and you'll never guess what it sounds like. Let's just say that heady skips from progressive rock to nu-metal to jazz, dirty guitar licks and piano riffs, and ethereal ba-ba-doo-wop female vocals are all in his lane. It's an eccentric mash-up, but the tracks make for fun listening. "Fear of the Dawn" just may be the weirdest -- and catchiest -- album of 2022.

Foals, "Life Is Yours"

OK, so this one isn't dropping in April, but we wanted to get you excited about what you have to look forward to. The British indie rockers will soon be back with their seventh studio album and their first as a trio without keyboardist Edwin Congreave. Already released is the single "2am." Although the video for the song is filmed by a Ukrainian crew, there's nothing dire about the sound. Front man Yannis Philippakis says that with the 2019 album "Everything Not Saved Will Be Lost," the group "touched upon all of the facets of our sound up until that point. This time we wanted to find a new way to express ourselves. We wanted to refocus and do something that shared a DNA throughout the songs: a physicality, a danceability, and with energy and joyousness. It's definitely the poppiest record we've ever made."

You can listen to any of these releases here at Mushroom New Orleans. And bring your own LPs and DVDs for cash or trade. We're open daily from 10 a.m. to midnight. See you soon!