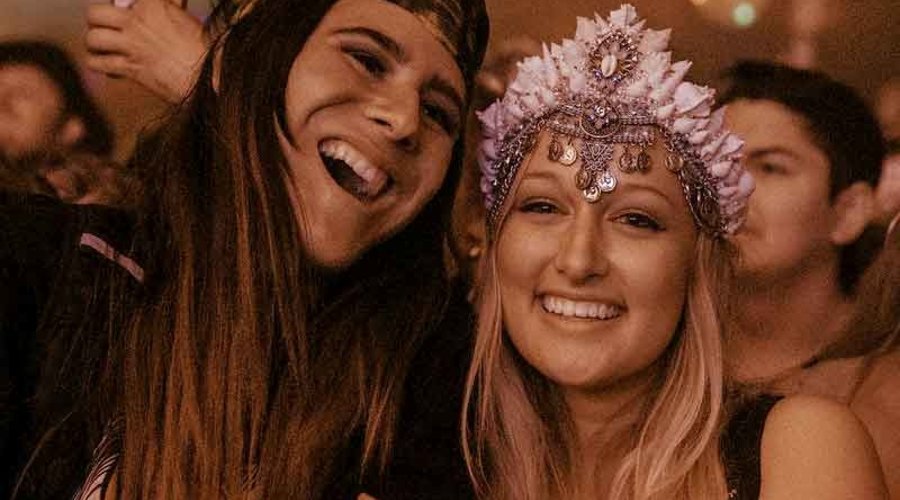 Founded in 2012, the Buku Music + Art Project has quickly established itself as a force to be reckoned with in the New Orleans EDM scene and beyond. Compared with its big brother, Voodoo, which turned 20 this year, or its daddy, Jazz Fest, which turns 50 (!), the two-day festival is a wunderkind. It has established a reputation for combining the sunshine and fresh vibes of an outdoor festival with the intimacy and grit of a sweaty warehouse rave. Yep, Buku is the best of both worlds! But that's just one reason why we love it. Read on for more in this love letter to Buku!

It's a celebration of New Orleans dance music culture

Brass bands, second lines, and jazz get a lot of attention from the world at large. New Orleans' electronic music scene? Not so much. Buku is a celebration of a side of New Orleans that rarely makes national headlines, from the name itself (a spiffy take on the French-Cajun word beaucoup, which means "a lot") to the roster of homegrown talent ($uicideboy$, Unicorn Fukr, Thou), to the Mardi Gras-bead soaked Instagram, to the local food vendors.

The venue is incredible

Speaking of beads, the Mardi Gras World venue is incredibly beautiful and unique -- it's worth a visit even when it isn't hosting a major festival. This sprawling warehouse beside the Mississippi River is where krewes store and build their most hallucinogenically beautiful, LED-illuminated floats. Yes, that makes it a natural fit for a rave -- and Mardi Gras World has been hosting electronic dance music events as far back as 2001. But for those who don't like being crammed in a dark warehouse with 20,000 of their closest friends, Buku offers options. You can go outside to the riverfront stage for fresh air and sunshine, or you can chill at the main stage for urban vibes.

Rural music festivals can expose you to staggering natural beauty -- along with extreme weather, mosquitoes, and sun exposure. Because BUKU is smack dab in the middle of downtown, it's a quick walk (or cheap Uber) to all of the city's urban attractions. No need to worry about missing a killer after-party -- or the late shows that take over legendary venues citywide!

March weather is pretty much amazeballs

It doesn't get better than springtime in New Orleans -- weather is generally clear, sunny, and mild. And if it does rain? No need to muck through the festival with a poncho or galoshes. Just head to one of the indoor stages and get your shuffle step on!

Express yourself through fashion

New Orleans' costuming culture meets festival fashion at BUKU. Whether you choose to rock a unicorn onesie, a deadmau5-inspired headpiece, or simple shorts and Adidas shell-toes, you'll fit right in with this eclectic, expressive crowd. Need some fresh band t-shirts to rock your socks in? Mushroom New Orleans has you covered.

There will be amazing visual art

BUKU is so much more than just music -- it's an art experience. The four pillars of hip hop (DJing, MCing, breakdancing, and graffiti) will all be represented at BUKU; graffiti artists including Hugo Gyrl, Fat Kids, and Ceaux will be painting live installations.

Mushroom New Orleans will be there!

If you're not sold -- and if you haven't been to BUKU yet -- well, maybe it's time to question your life choices! Don't forget to stop by BUKU's general store, where Mushroom New Orleans will have a pop-up for all your tobacco and vaping needs.

See you at the festival!