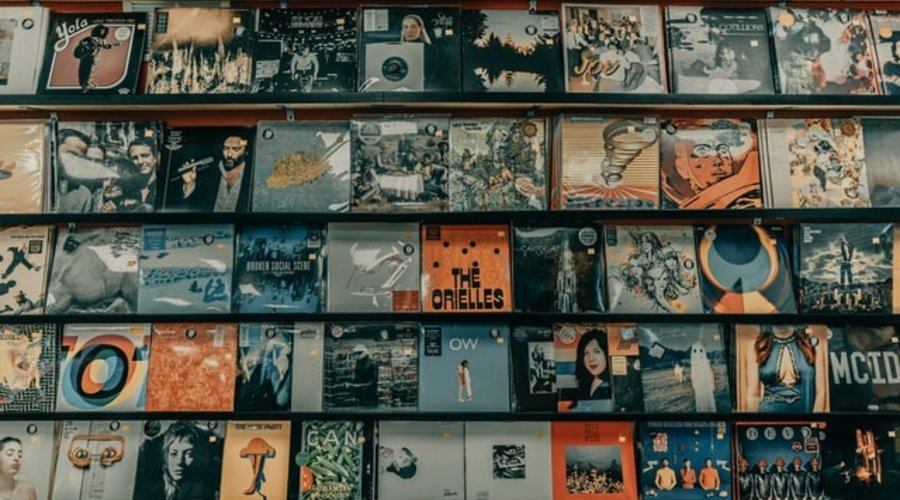 From Pink Floyd's Dark Side of the Moon to David Bowie's The Rise and Fall of Ziggy Stardust and the Spiders from Mars, every great album from the vinyl era has one thing in common: amazing covers. The musicians who created these works of art knew the album cover wasn't purely for show -- it's the first interaction you have with the record, so it actually impacts the way you experience the music.

In this era of Spotify and instant downloads, the album has lost some traction. Most people prefer to stream their favorite bands' music, never collecting records in a tangible form. But that's not to say that the album is entirely dead. Because records aren't the only way to listen to music, they've become boutique items. Hand-numbered, limited-edition runs, letter-pressed covers, original artwork--all these elements offer albums a chance to stand out in a digital world where competition for listeners is fierce. Most importantly, these amazing album covers stand alone as works of art. Here are just a few local bands that are killing the album art game.

This album's cover is as vibrant, sassy, and energetic as bounce music itself. Created by Roan Smith, who was raised by a musician and a photographer, the image of a twerking female Baron Samedi melds psychedelia, graffiti, and New Orleans flavor.

Of Resolutions and Resolve, Why Are We Building Such a Big Ship? (Domino Sound)

Thanks to a hand-stamped chipboard cover affixed with a vintage postage stamp, this album feels like a letter from a long-lost friend who's traveled the world and back -- and the lyrical, beautifully arranged songs definitely take listeners on a journey.

The quintessence of traditional jazz, this album pays homage to classic New Orleans style while remaining entirely fresh -- and with its image featuring juxtaposed shotgun homes and skyscrapers, the album cover reflects that duality.

With symmetry that echoes that of a playing card, the cover of Mardi Gras in New Orleans hints at the raucous party that unfolds the minute you play this album. From "Mardi Gras Mambo" to "Go to the Mardi Gras," the Carnival hits are all here.

Dead bodies and the outermost limits of the galaxy are two things that don't usually go together - -unless you're Space Cadaver, a trio whose debut album combines ethereal intros with post-rock. Self-taught artist and Houma Indian L. Steve Williams created an album cover that's a perfect representation of the band's hard-hitting sound.

This stunning image is museum-worthy – as is the intricate beadwork on this Mardi Gras Indian's suit. Classic Indian tunes, such as "Shallow Water" and "Eh Paka Way," are included in the album, which functions as a primer on Indian culture.

As you can see, the vast variety of New Orleans music is reflected in the covers of the local records that preserve it. Get a glimpse at the fruitful intersection of art and music at New Orleans' favorite record shop. We're open until midnight.