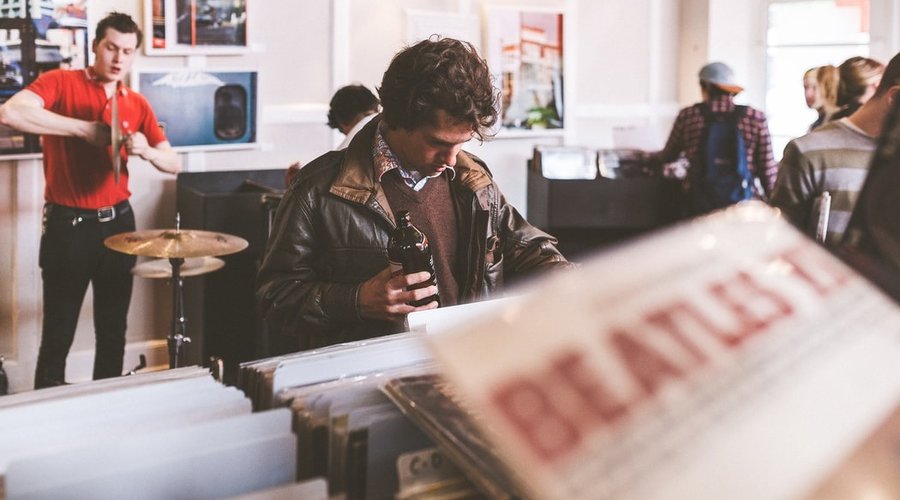 T.S. Eliot famously wrote that April is the cruelest month ... and we kind of feel sorry for the glum 20th-century poet, for his inability to enjoy the delights of April in New Orleans. Between 4-20, French Quarter Fest, and Easter parades, there's no shortage of things to celebrate. And since 2008, there's been yet another big event on the April party roster: National Record Store Day. We'll be participating in National Record Store Day from open to close on Saturday, April 13, so stop by and check out our very special wares -- and read on for an idea of what kinds of titles to expect!

Conceived as a way to promote and celebrate indie record store culture, Record Store Day brings sales, live performances, and music lovers to record shops across the country. But best of all -- and unlike many of the other special events happening this month -- it also brings a chance to add a limited-edition release to your vinyl collection. Dozens of recording artists press a small number of records specifically for Record Store Day, and those releases are available only in (you guessed it) record shops.

Mushroom New Orleans has a great selection of records, CDs, and DVDs all the time, but these limited-edition Record Store Day releases won't stick around forever. Here are a few to scope out:

We love big touring acts, but our heart is here in New Orleans, supporting homegrown heroes. The Mushroom is proud to offer records by local performers including Sasha Masakowski, Kermit Ruffins, Galactic, Sweet Crude -- as well as tons of other French Quarter Fest headliners. So if you fall in love with a band after an amazing set, remember that you can come to Mushroom New Orleans, scoop up their album, and relive the experience in your living room. Or you might discover an album by a band you'd never heard of. It's all part of the magic that goes down in a record store -- and a huge part of what National Record Store Day is all about.

Mike McCready, who's a guitarist for Pearl Jam and one of Record Store Day's 2019 ambassadors, said in a press release:

"Independent record stores are hugely important to me and have been ever since I was 12 years old. Before I even really knew what they were, there was a certain feeling of, 'This is a dream come true,' and it's a wonderland, and there's so much to learn in here … and it's still that way."