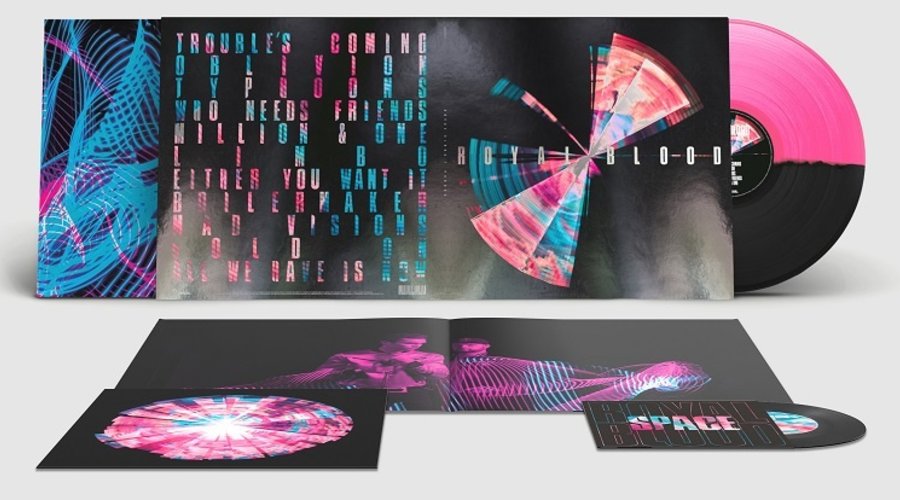 Here's a quick list of this month's highlights courtesy of your local New Orleans record store.

New albums from favorite artists are always a big deal. The impending return of live music -- not just socially distant porch concerts, but music festivals, arena tours, and sweaty late-night dance sessions -- adds even more excitement about the new releases April brings. Here are a few we can't wait to blast at top volume. Stop by your go-to NOLA record store to hear them for yourself.

Named for "the big pissed off atomic lizard," Gojira's founding members are Joe and Mario Duplantier, French brothers who have been penning melodic-but-powerful death metal albums since 1996. One of their six studio albums, "Magma," received a Grammy nomination for best rock album.

This month, Gojira drops its seventh studio album, "Fortitude," listed as one of the year's "most anticipated metal albums" by Forbes. It boasts the same introspective lyrics and Kirk Hammett-influenced riffs that have enraptured Gojira fans for decades. During a pandemic and civil rights movement, Gojira's themes of a vindictive Mother Nature and civil disobedience feel more salient than ever.

Dinosaur Jr., "Sweep It Into Space"

The coronavirus pandemic postponed this album's release from 2020 to 2021. Better late than never, though, and Dinosaur Jr.'s sunny, 1970s rock-influenced sound never gets old.

The Amherst, Massachusetts, rockers recorded "Sweep It Into Space" 30 years after their first album, and it involves an existential reckoning of sorts. "I saw a sign on a shed: Back to the Garden. I was looking for a resolution, where do we go when faced with such dramatic confusion? Back to basics, back home, back to the garden," Lou Barlow said in a news release.

After 30 years together, Dinosaur Jr. feels like a sonic home to many fans, who'll definitely be stoked to stream their live set on May 1 or see them in person later this spring.

Produced by Queens of The Stone Age's Josh Homme, "Boilermaker" boasts both rock swagger and effervescent danciness. The English duo met in 2005 as teenagers, and since then they've honed their sound headlining at European festivals. The album's first single, "Boilermaker", has been on their setlists for years, but it's just now surfacing as a music video.

"Too much time in the studio can't be good for a band like us who pride ourselves on being a live act," Royal Blood told NME.com. Fans eagerly awaiting the band's third studio album might beg to differ.

They aren't an orchestra (they're a pretty standard indie rock band lineup consisting of a guitarist, bassist, drummer, and pianist) and they aren't from Manchester (they're from the Atlanta suburbs). But everything else about Manchester Orchestra is painfully sincere. Their sixth studio album, "The Million Masks of God," explores "the consequences of life's decisions and finding purpose in trying to be better," songwriter Andy Hull said in a news release. Everyone, even rock stars, are looking for that 2021 glow-up.

These and More at Mushroom New Orleans

Stream these albums when they drop this month, or come to Mushroom New Orleans to hear them on vinyl (we think these 1970s- and '80s-influenced sounds will sound rich and appealing on a quality record player). EPs, LPs, and CDs are available for sale or trade, so bring in your old, unloved records and swap them out for something new. We're here from 10 a.m. to midnight every day. See you soon!