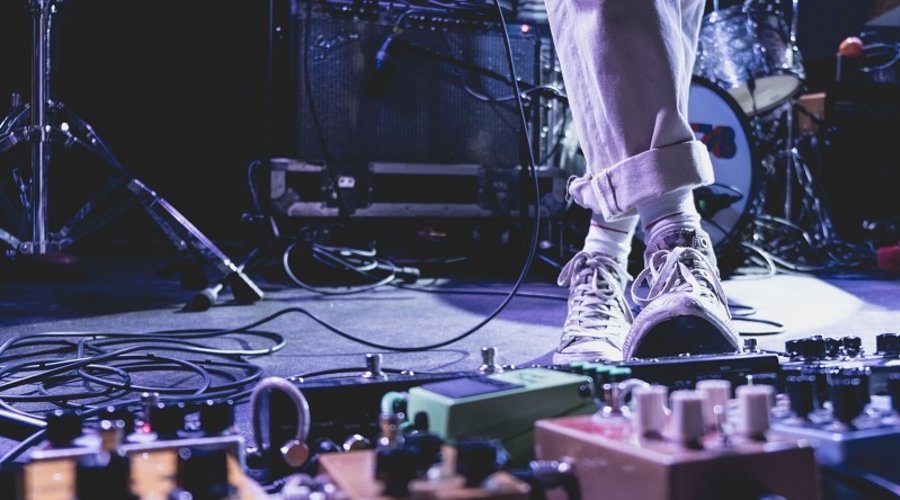 Check out these upcoming shows happening around the city, then drop by our record store and grab some of the tunes you fall in love with.

It’s not even summer yet (or hurricane season), but things are already heating up when it comes to live music. Whether you’re into late-night dance floors in tiny, intimate clubs or sunny skies and waterfront lounging at outdoor music festivals, New Orleans can make it happen. Plus, beloved, long-term players are getting their bands, hitting the road, and rocking the Crescent City. Grab tickets, then head to Mushroom New Orleans and get the bands’ latest releases on vinyl, so you can sing along at the top of your voice with hundreds of your closest, sweatiest friends.

After a two-year absence due to the coronavirus pandemic, there are a few changes to Bayou Boogaloo, the sprawling festival in Bayou St. John that happens both around and in the water itself via a floating stage. It costs $10-$20 per day or $45 for a three-day pass, but that (slightly) higher admission fee has brought a much higher level of local and national talent. Headliners include Ani DiFranco, Dragon Smoke, Soul Rebels featuring Big Freedia, Squirrel Nut Zippers, Chapel Hart, Red Baraat, Big Chief Monk Boudreaux and the Golden Eagles, Sonny Landreth, and Maggie Koerner.

Singer and guitarist Conor Oberst practically invented the melancholy, introspective indie rocker, a surprisingly durable persona he’s still rocking in middle age (yes, Bright Eyes, the band he fronts that initially started as a solo project, is now 27 years old with 10 studio albums, ​​twelve split albums and EPs and 26 singles to its name). Bright Eyes will reissue all their studio albums in a wide-ranging re-recording project this year on their new label, Secretly Group, a project that promises to unleash waves of mid-aughts and 1990s nostalgia.  “I’ve felt that some of the songs hold up really well and I still like them, but I cringe when listening to the recordings, mostly because of the sound of my voice at the time,” Oberst told Nylon. “I guess it’s a second chance.” Who can’t relate to the idea of a do-over of your adolescent years? Grab your hoodie and your eyeliner and channel your inner emo kid..

This Buku favorite and DJ/producer is responsible for plenty of dance floor anthems, including “Core” and “Tell Me,” and his bass-heavy sound has its roots in Southern hip-hop, with influences including Shawty Redd, TI, and Zaytoven. His sound is progressive, unique, and explicitly anti-racist:  "I wanted to ground the project in a non-reality equally accessible and equally remote to every possible listener, regardless of their race, status or cultural background,” Henry Steinway, aka RL Grime, told Mixmag in 2015. The beats are also pretty sick.

The Melvins, One Eyed Jacks, June 21

The daddies of grunge and champions of the loud-quiet-loud dynamic that characterized acts like The Pixies and Nirvana are still rocking hard and mining new territory. Last year, they released Five Legged Dog, their 25th (!) studio album and first acoustic album, an ambitious re-envisioning of 36 The Melvins hits and covers. “I knew I wanted to do something ridiculously big. Thirty-six songs reimagined by us acoustically is certainly ridiculous but it works! The magic of the songs is still there regardless of it being acoustic,” Buzz Osbourne said in a press statement.

Eager to stock up on new music from old favorite acts? Come on by The Mushroom! We’re open every day from 10 a.m. to midnight, with LPs, Eps, and CDs available for sale or trade. See you soon!