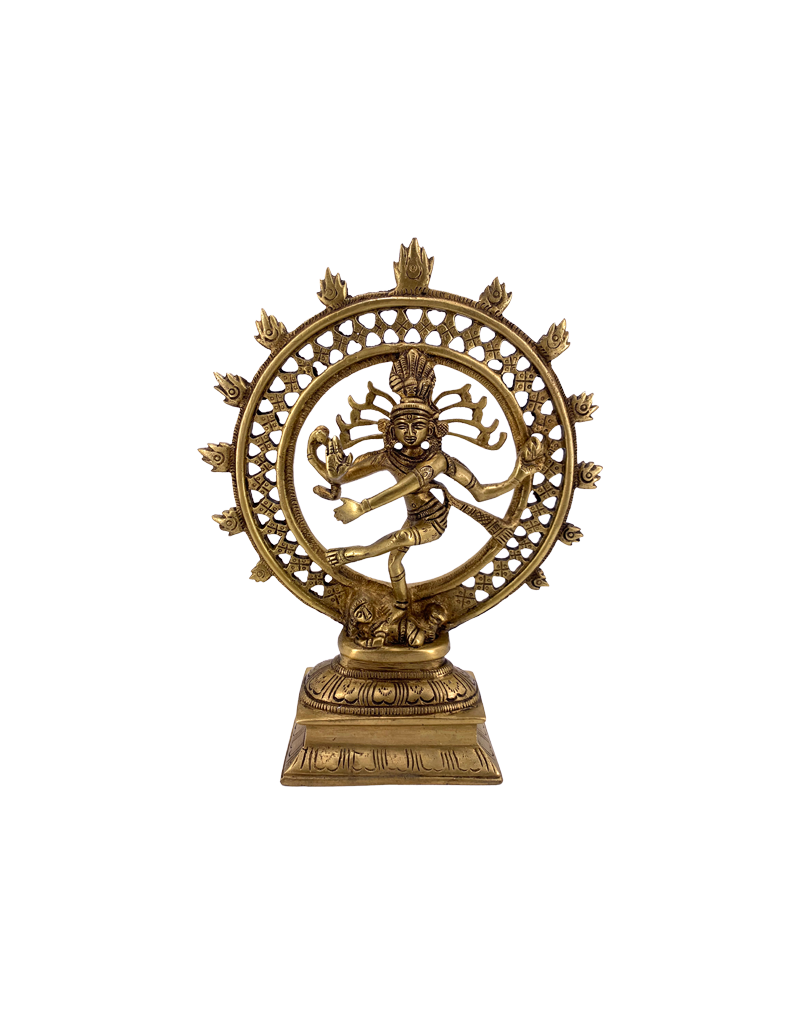 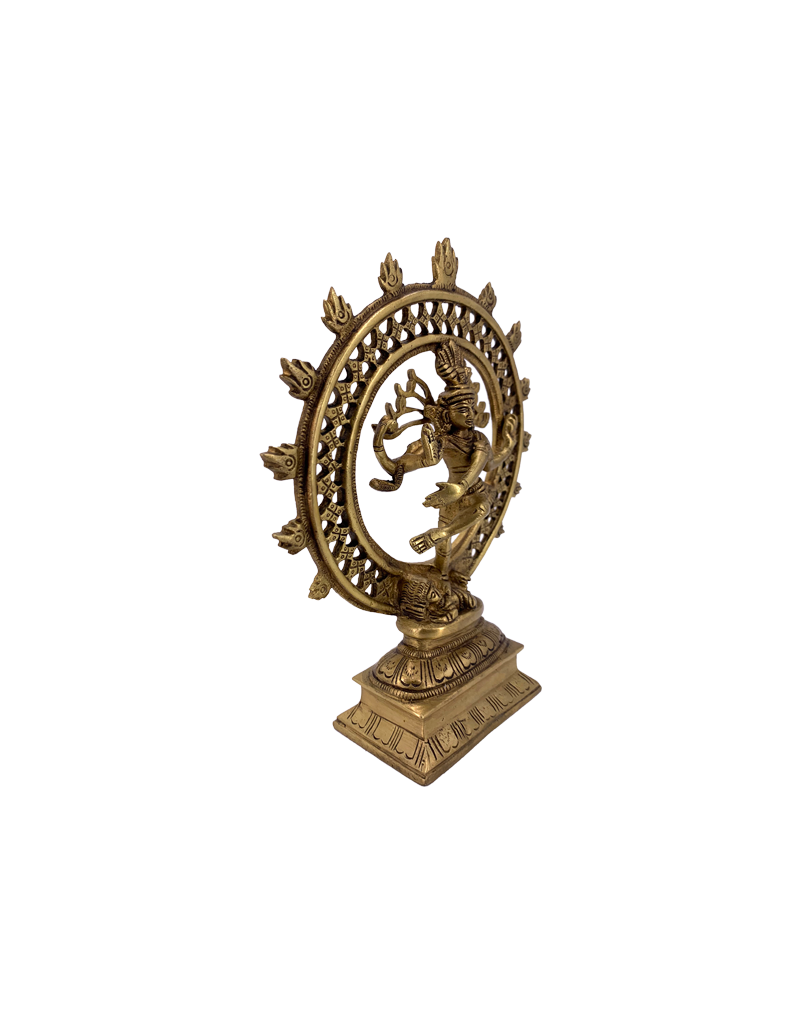 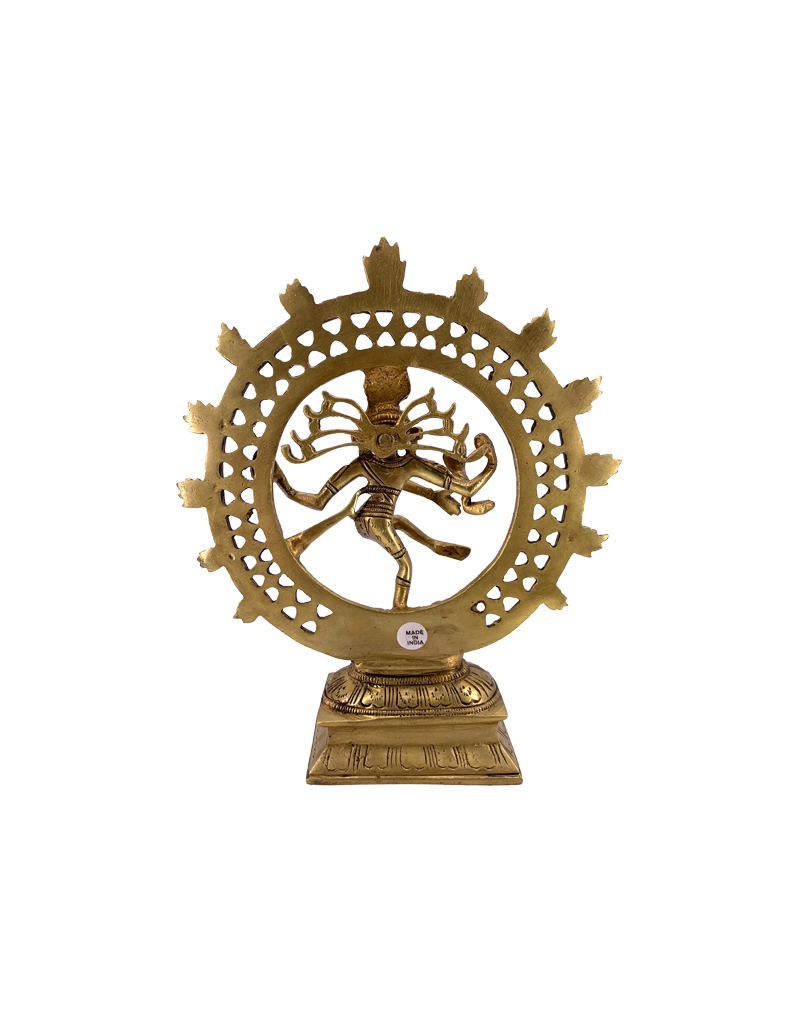 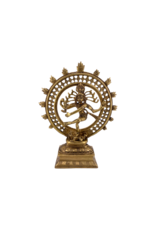 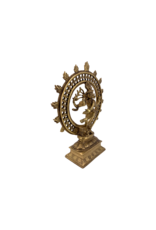 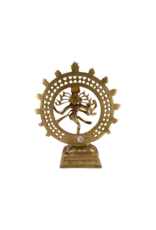 Natraj, Also known as Nataraja, is the manifestation of the Hindu god Shiva embodying the form of the Cosmic Dancer.

Shiva uses the comic dance to put matter, energy, and sound in check. A great organizer of the universal chaos suspended through all of existence.

Shiva's Cosmic Dance uses the fivefold aspect of divine control which has some obvious ingredients. Such as creation, destruction, preservation, illusion, and grace.

This statue, like many used in traditional Hindu practice, is made of 100% real Brass. Representative of the same statue used in Shaivite temples in, primarily, South India 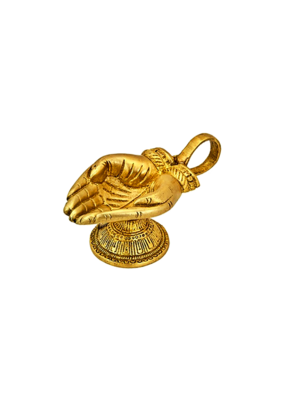 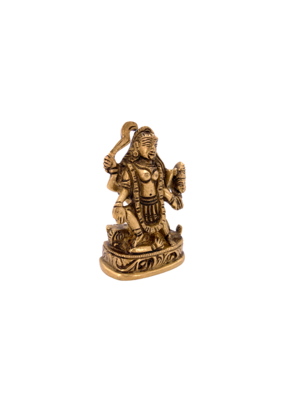 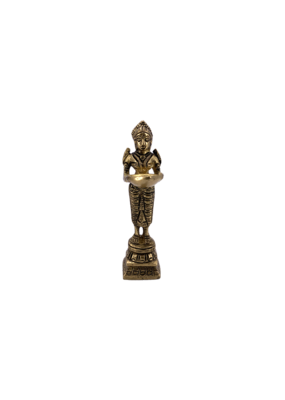 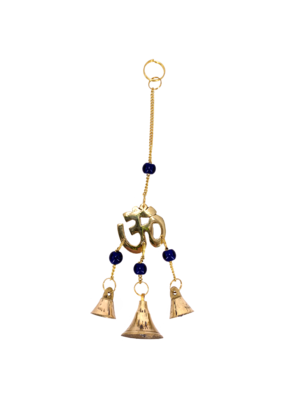 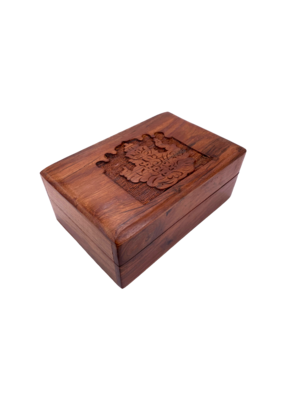 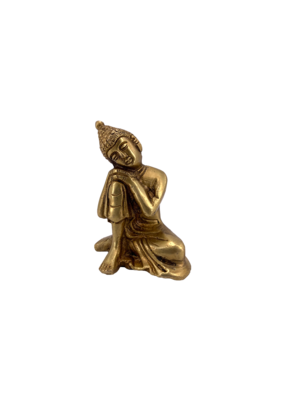