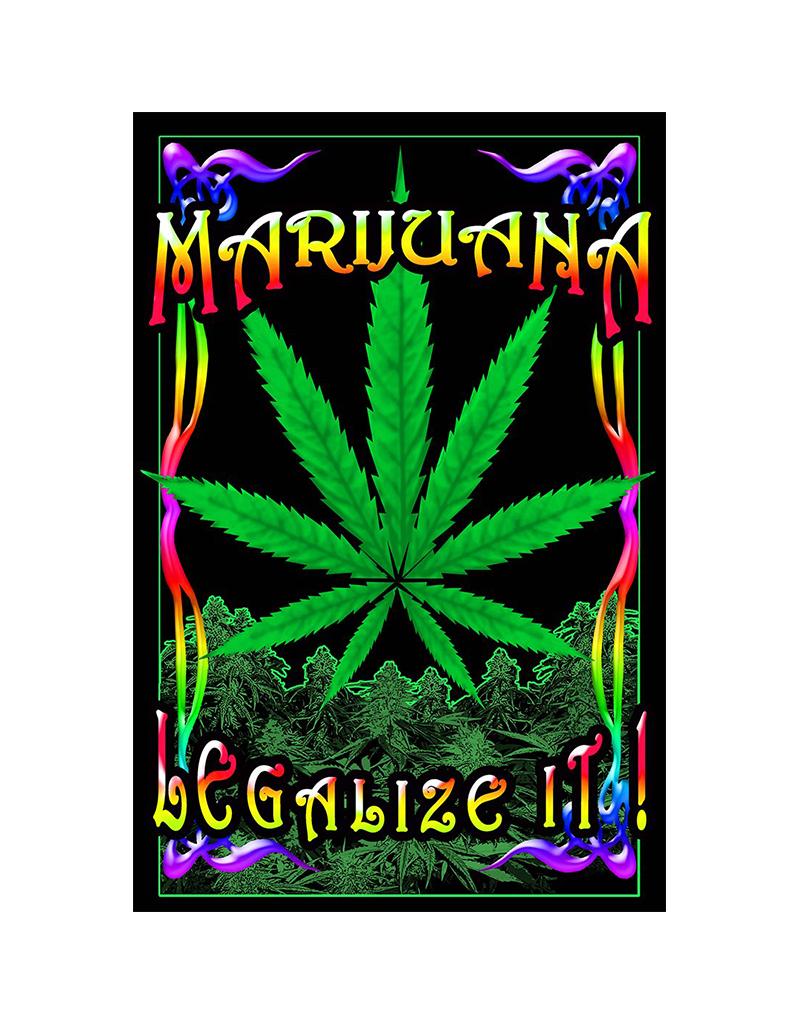 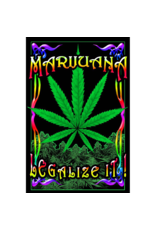 Peter Tosh first introduced this powerful slogan with his album "Legalize It" released in 1976. Tosh released the album in response to his ongoing victimization by Jamaican police and advocated that marijuana be made legal, especially for medical use. He was one of the first to start a long and ongoing campaign to legalize the plant. In more recent years, there has been some success with this campaign, with marijuana now legalized in many states in the U.S. and medically in Jamaica. Show your support with this luminescent poster.