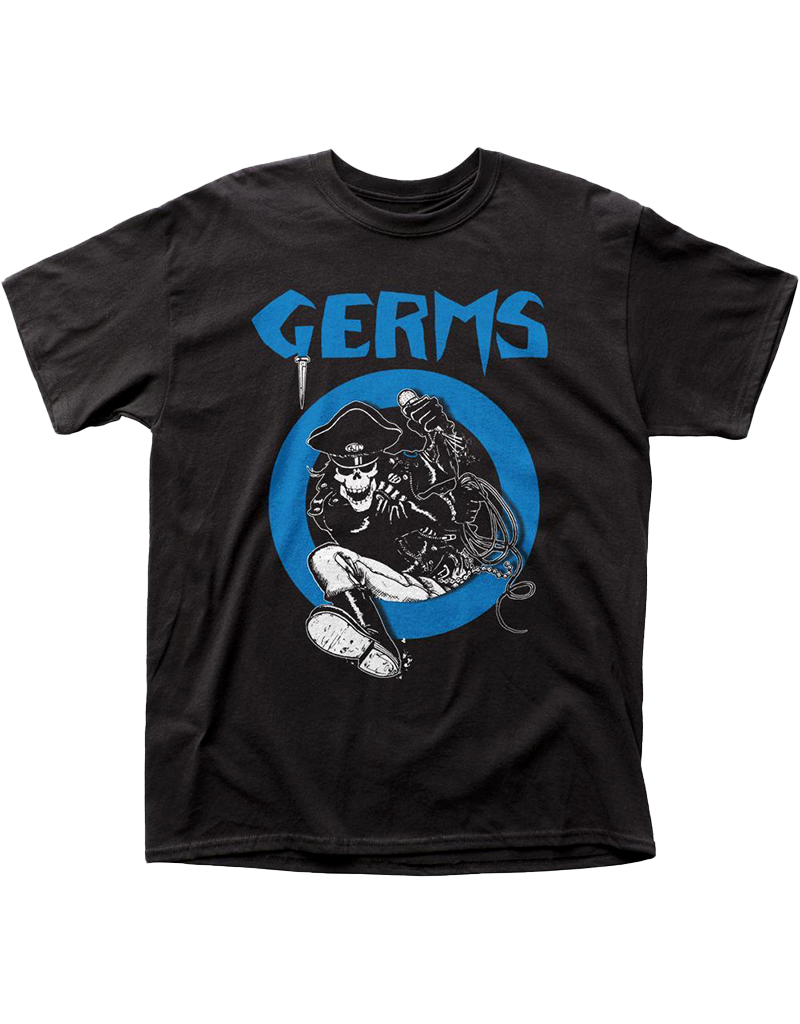 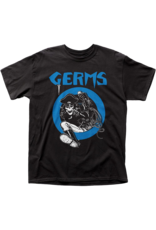 This t-shirt features the popular leather skull tearing through The Germ's classic blue ring logo from their only recorded album.

The Germs are a popular rock band from the late 70s that played a huge part in the punk movement of the 80s. They are known for their rowdy shows that sometimes even incited riots. They were together for only 4 years (1976-1980) and released one album that was produced by Joan Jett. The majority of their other albums are live recordings of shows they did. They went through multiple drummers, one of them being Belinda Carlisle of the Go-Gos. The Germs broke up after the lead singer, Darby Crash, committed suicide in 1980. They came back together in 2005 to tour for a few years before disbanding again in 2009. 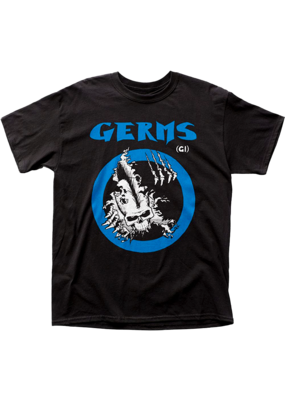